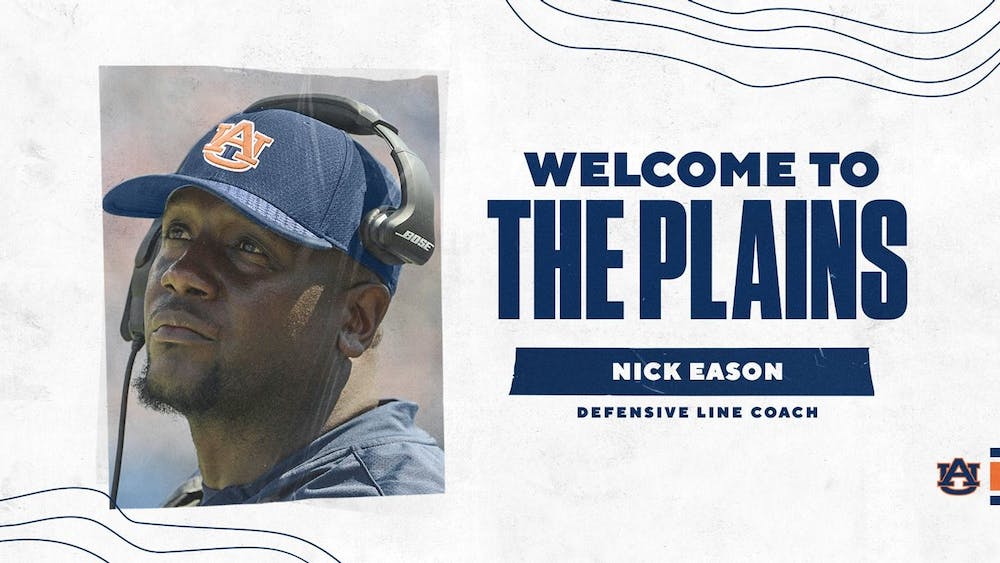 "Nick is a hire we are extremely excited about as he has coached and played at the highest level," Harsin said.  "After a 10-year NFL career, he moved right into coaching and quickly became an NFL position coach within two years. That's something that doesn't happen every day and speaks volumes for his coaching and connection ability.

“As we got to know Nick better through this process, the football part of it became very apparent as he is a great teacher. But what stands out about Nick, in addition, is his personality, professionalism and an ability to form a relationship with people very quickly."

Eason has coached in the NFL for seven years and spent the last two years as the defensive line coach for the Cincinnati Bengals.

In his first season at Cincinnati, he helped the Bengals improve throughout the 2019 season achieving 11 more sacks and allowing 84.1 fewer yards in the last half of the season and helped DT Geno Atkins acquire his eighth Pro Bowl.

"I want to thank Auburn University, Athletics Director Allen Greene, Coach Bryan Harsin and Defensive Coordinator Derek Mason for the opportunity to be a part of one of the most elite programs in the country," Eason said.

"In visiting with Coach Harsin, it was clear he knows the culture required and has a plan in place to create a foundation for success to produce championships. He has great passion and cares for his staff, players and the program. This is a great fit for me to coach and recruit great players and be a part of a football program with great success and tradition."

Eason played college football for the Clemson Tigers on the defensive line from 1999-2002, where in 47 games and 35 starts he recorded 15 sacks and 30 tackles for loss. In his senior season, Eason received first-team All-ACC honors and was taken in the fourth-round of the 2003 NFL Draft by the Denver Broncos.

A 10-year veteran of the NFL, Eason played for the Denver Broncos, Cleveland Browns, won a Super Bowl with the Pittsburgh Steelers, and played two more seasons with the Arizona Cardinals before starting his coaching career in 2013 with the Browns. Eason appeared in 117 games in the NFL where he picked up 101 tackles and seven sacks.

After his coaching stint with the Browns, Eason would go on to coach for the Tennessee Titans (2014-17) before moving to the Bengals and signing with Auburn.