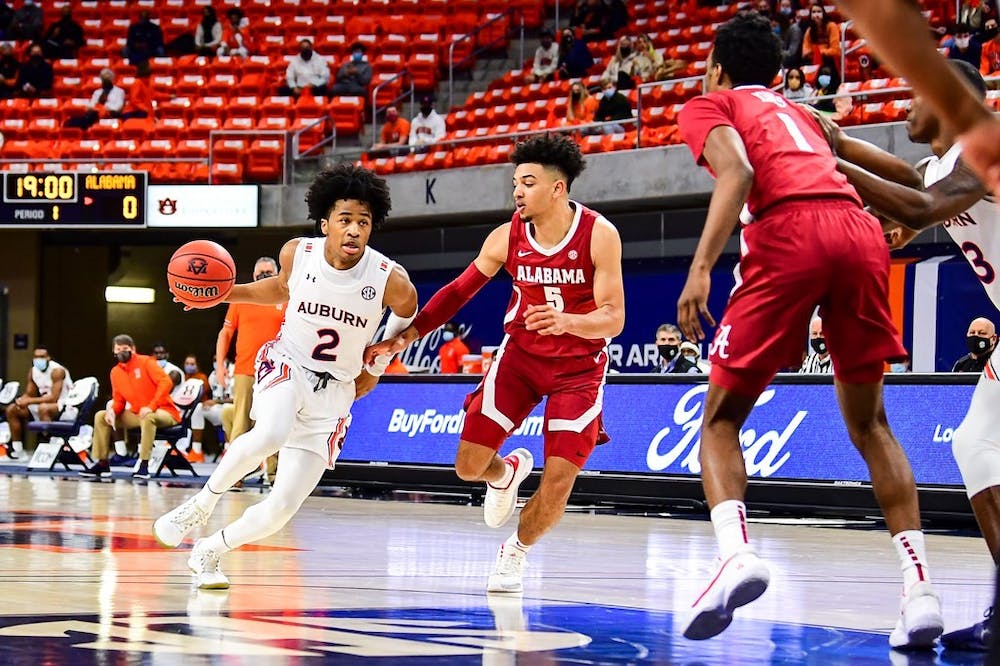 Auburn, AL (EETV)- Auburn's losing streak in SEC play continued as they fell to Alabama at home. The Crimson Tide came in as favorites, but the debut of Sharife Cooper would give the Tigers a boost offensively.

The freshman lived up to the hype, scoring 26 points with four rebounds and nine assists.

Cooper was proud of his debut, but did mention his mistakes that cost his team. "It's been a long time since I've been able to come to practice," Cooper said, "I knew the first few minutes would be rusty. I hadn't even run offense that much. I had to get a feel of their defense. Late in the game I made some mistakes that cost our team, but it's the the first game and we have much to learn."

Head coach Bruce Pearl spoke on the team's support of Cooper saying, "I didn't intend to play him at all. Devan, Jamal, and Allen all wanted to come out of the lineup so he could play. That tells you about the culture and chemistry of the locker room."

Alabama held their own in Auburn Arena as freshman Josh Primo led the way for the Crimson Tide with a career high 22 points. Primo shot 50% from three-point range as the Crimson Tide knocked down ten three point shots.

Turnovers were the difference in the game as Auburn turned the ball over 20 times. Late in the second half, Auburn trailed by three but Alabama would put it away with a turnover which put them at the foul line.

"We still turned the ball over way too much," Pearl said, "We left alot of points out there in the paint and we have to a better job of finishing around the rim."

Auburn's record is now 6-6 (0-4 in SEC) and they will travel to face Georgia on Wednesday night at 6pm CT. Coverage of that game will be on SEC Network.