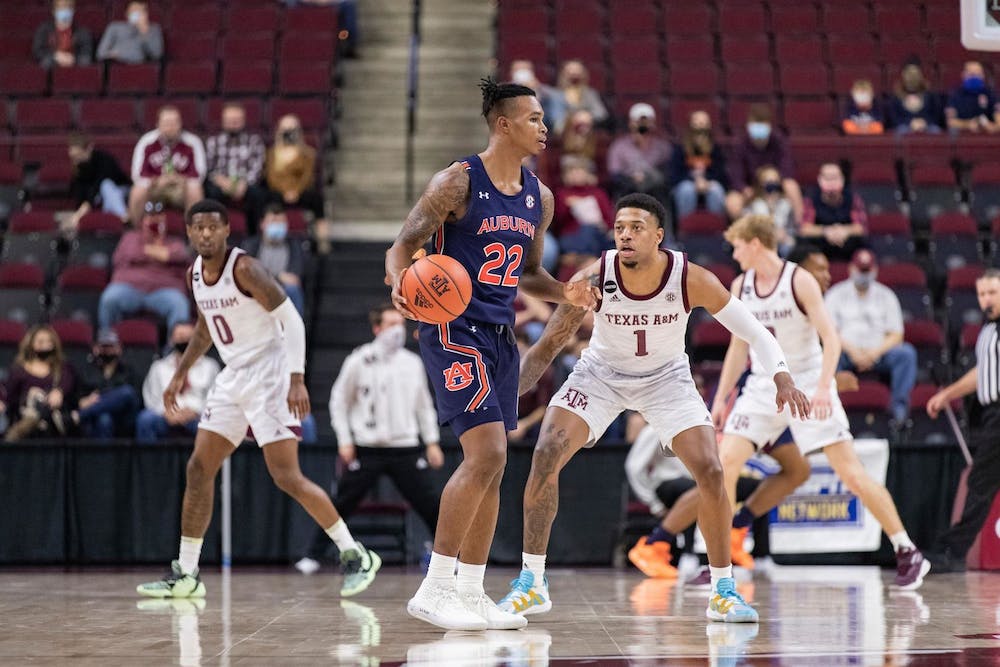 AUBURN, Ala. (EETV) - After playing catch up the entire second half, the Auburn Tigers (6-4, 0-2) fell 68-66 to the Texas A&M Aggies on Saturday at Reed Arena in College Station.

The Tigers fought hard as they trailed by as many as 14 points in the second half. Down nine points in the final five minutes, Auburn tied the game with just over a minute left, only to lose after an Aggie layup with under two seconds left on the clock.

"Proud of my kids and the way they battled," head coach Bruce Pearl said. "We're learning and we're growing."

Offensive struggles put the Tigers behind early, but pivotal defensive stops helped Auburn in their second-half comeback effort. Despite lacking an offensive fire in the first half, Auburn's nine steals, 14 first-half forced turnovers and three blocked shots kept the Aggies from stretching their lead too far.

“They made it really difficult for us to run the offense that we really wanted to run,” Pearl said. “Put a lot of pressure on our point guards. We’re having to handle the ball really, very far away from our basket.”

Junior Jamal Johnson led the Tigers in scoring with a game-high 20 points, 17 of which came in the second half. Sophomore Allen Flanigan contributed his own 16 points. Freshman JT Thor also added 10 to the board for Auburn.

The Tigers were without their second leading scorer for the majority of the second half. Freshman Justin Powell tallied only two points before leaving the game with a head injury. His status for the next game is unknown, but Powell will be evaluated when the Tigers return to Auburn.

The Tigers' loss is their second straight since beginning SEC play against the Arkansas Razorbacks Dec. 30. Currently 0-2 in conference play, the Tigers will look to bounce back against Ole Miss on Wednesday in Oxford. Tipoff is set for 8 p.m. CT on SEC Network.