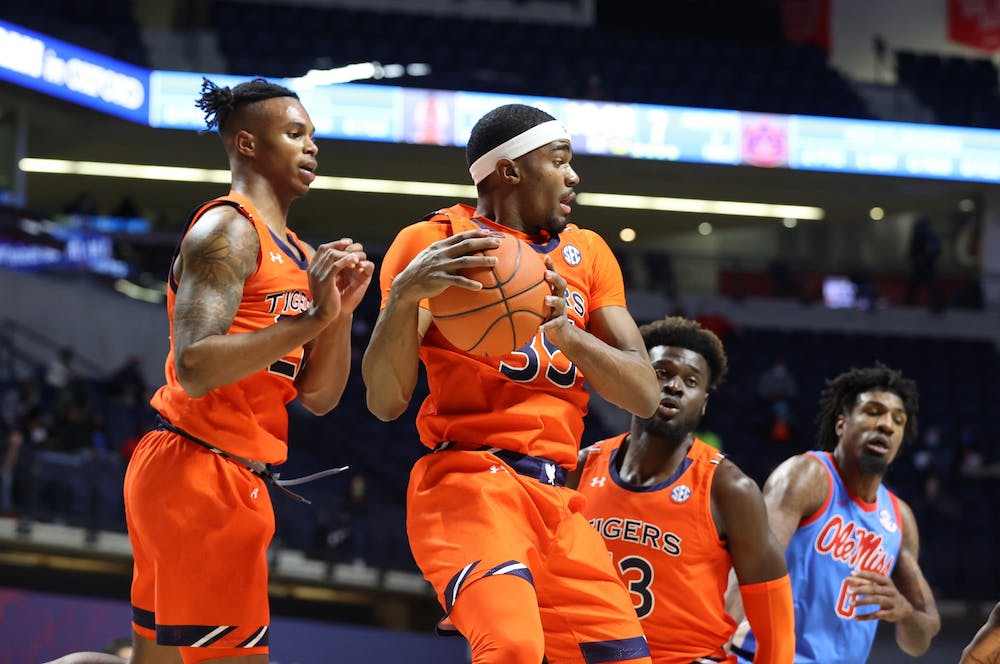 AUBURN, Ala. (EETV) - Unable to overcome the Ole Miss Rebels' early lead, the Auburn Tigers (6-5, 0-3) have now lost three straight in conference play after falling 72-61 to the Rebels Wednesday at the Pavilion in Oxford. Auburn never held the lead in a game full of slow shooting and turnovers.

Ole Miss put the first points on the board with a 3-pointer, and Auburn was quick to respond with a layup by Jaylin Williams. For the first five minutes of the game, the Tigers had the lead within reach. Each time the Rebels would score, the Tigers fired back in return, but they could never overcome that initial gap.

“We’ve got to get better at starting the game off better," Williams said. "Communicating is really big. At practice, we run a lot, so in the second half, both teams were tired, so it was about who gave the most effort and the most energy. That was much better in the second half.”

Despite being down by as many as 18 points in the second half, the Tigers' efforts did not decrease. With five minutes left in the game, Auburn cut the lead to single digits, going on a 14-4 run.

However, Auburn turnovers and a scoring run for Ole Miss allowed the Rebels to pull away, increasing their lead to double digits once again.

"Obviously, I am proud of them for continuing to battle, as long as we can continue to grow and learn," head coach Bruce Pearl said on the team's second-half effort.

The Tigers were still without the Justin Powell who was averaging 11.7 points and shooting 42.9% from the floor before leaving the game with a head injury against Texas A&M.

In Powell's absence, Williams stepped up, scoring a career-high 24 points against the Rebels and shooting 50% in field goals (7-14). Junior guard Jamal Johnson had his fourth consecutive double-digit game, contributing 11 points for the Tigers. Johnson is averaging 17.3 points per game with 13 3-pointers since conference play started.

“I thought Jamal Johnson and Jaylin Williams both played really well for us,” Pearl said. "Jaylin was plus-2 in an 11-point loss and obviously played hard. I thought we had a chance. With about four minutes to go, we had a couple empty possessions, turnovers, and they ran it back out on us.”

The Tigers will return to Auburn Arena to face the Alabama Crimson Tide Saturday, Jan. 9. Tip-off is set for 11 a.m. CT on ESPN2.