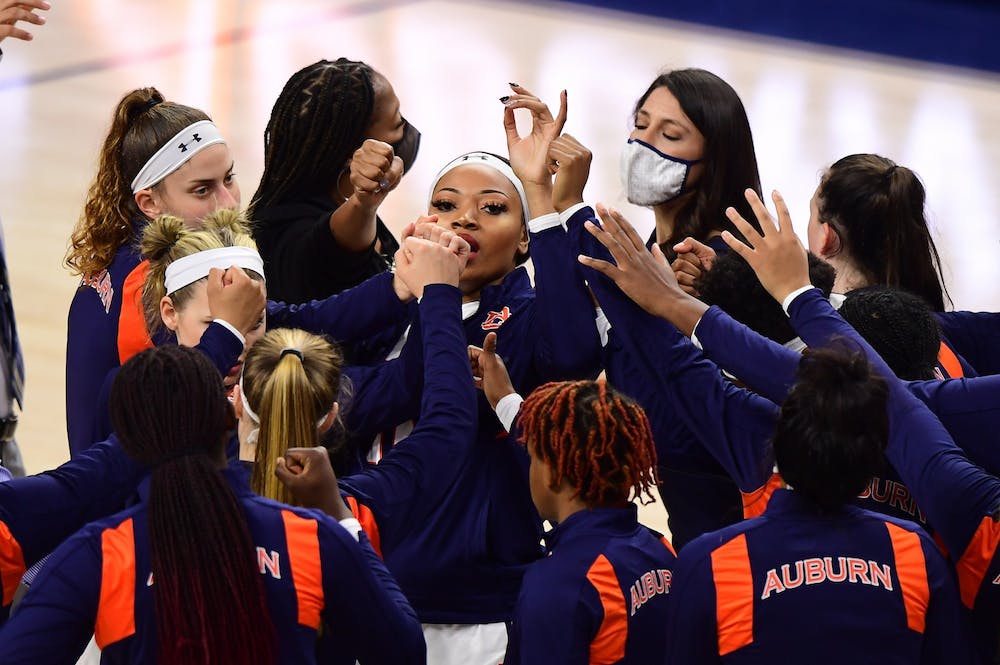 AUBURN, Ala. (EETV) - Coach Terri Williams-Flournoy and the rest of the Auburn Tigers found themselves on the losing end of a tightly contested 67-54 battle with the visiting Stephen F. Austin Ladyjacks in Auburn arena on Wednesday.

While the high-intensity of Annie Hughes and routine double-double from Unique Thompson helped the Tigers find success on the offensive end of the floor, redshirt sophomore Jala Jordan continued to exemplify her value to coach Flo’s squad in the first 20 minutes of the contest.

In the opening half, the West Virginia transfer had tallied eight of Auburn’s 27 points and picked up a set of rebounds and assists, a performance and level of intensity her head coach likely wishes to have seen out of her teammates.

Williams-Flournoy’s statement can be backed up by the 11-4 run produced by SFA to conclude the second quarter. During which, Auburn was not only outscored, but out rebounded.

The Ladyjacks produced an impressive display from range across the entirety of the first half; however,  the orange and blue rode Jordan’s performance and was able to keep their opponents within reach heading into the locker room at halftime, where the two teams were tied 27-27.

Coach Flo reminded her squad to stay focused on their opponent.

“I told them at halftime we just had to pick it up,” Williams-Flournoy said. “Stephen F. Austin is a very good team. We have to play to their level.”

Coming out of the break, the floor belonged to Baylor transfer — and redshirt sophomore — Honesty Scott-Grayson.

After having a quiet first half, in which she recorded only four points, Scott-Grayson wasted little time getting to work. The New Jersey native tallied 12 points, picked up one steal and an additional rebound. Coach Flo noted her efforts to keep her team within striking distance.

Despite individual standout performances, Auburn was unable to match the performance of its opponent in the latter portion of the fourth quarter. Williams-Flournoy was disappointed in her team allowing the Ladyjacks to find open looks from beyond the arc and inability to keep pace on defense.

Coach Flo’s Tigers will have a chance to redeem themselves on Thursday night, where the team will play in its first back-to-back on the 2020-21 campaign. According to Williams-Flournoy, the team’s outlook will be rather simple.

Thursday night’s matchup will feature the Tigers and the visiting UNF Lady Ospreys. The game will take place at Auburn Arena, tip-off at 6:00 p.m. CT and be broadcast live on SEC network plus.