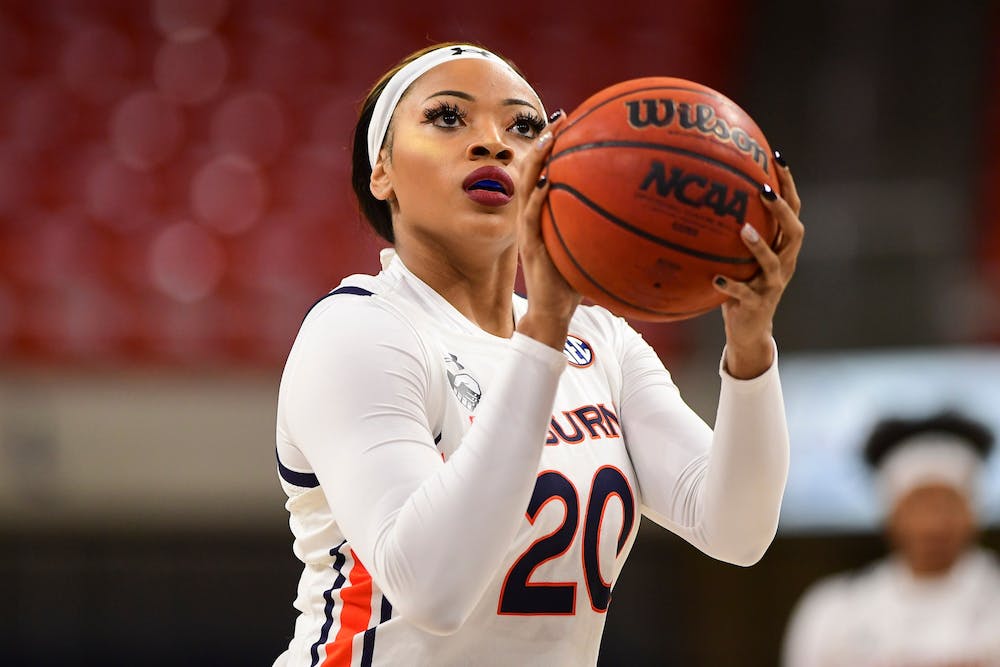 AUBURN, Ala. (EETV) - Coach Terri Williams-Flournoy’s Auburn Tigers were unable to place themselves in the win column in Sunday afternoon’s contest with visiting Belmont. The Tigers’ 26 turnovers were to blame in the squad’s (68-53) blowout loss to the Bruins.

For the orange and blue, the turnovers came early and often. Within the first 10 minutes of the contest, Auburn had handed its opponent the ball 10 times and given up 26 points, something that coach Flo knows a team cannot allow and expect to win.

The second quarter saw fewer turnovers and was highlighted by continued high offensive play from sophomore Honesty Scott-Grayson. Scott Grayson entered the locker room after posting 11 of her team’s 29 points.

“I’m so excited that Honesty has gotten her confidence back.” Williams-Flournoy said. “Her and Unique are a great two-punch.”

Her head coach was appreciative of her sophomore’s efforts; however, frustrated with the inability of her team to provide her with assistance on either end of the floor, and to be down 45-29 at the half.

“We played enough people and we got everybody back,” Williams-Flournoy said. “It was just the terrible decisions and the turnovers.”

The second half did not prove to be much more fruitful in terms of offensive production or ball control, as Auburn never found a way to cut into the Bruin lead or ever truly make the contest close; however, there was a highlight for the Tigers: Unique Thompson.

The Senior recorded a double-double with 20 points and 23 rebounds, pushing her career count on the boards to over 1000 and propelling to the fourth-overall highest rebounder in Auburn history.

Coach Flo’s only wish was that the accomplishment could have come in a victory.

“I’m so proud of Unique,” Williams-Flournoy said. “I hate that we lose, because she just does not get the recognition that she so deserves.”

For Thompson, the challenge of winning will get no easier from here on out. As non- conference play draws to a close and SEC play looms, the road ahead is seemingly more difficult.

Flo knows that now is the time to learn from the sample size the Tigers have acquired.

“We’ve got enough games under our belt to learn from some of these mistakes,” Williams-Flournoy said.

Thompson and the rest of the Tigers have 11 days to rest, recover and improve themselves ahead of their SEC opener at LSU. The game will take place at Pete Maravich Assembly Center on Dec. 31 at 6:00 p.m. CT. Television broadcasting will be available on SECN+.