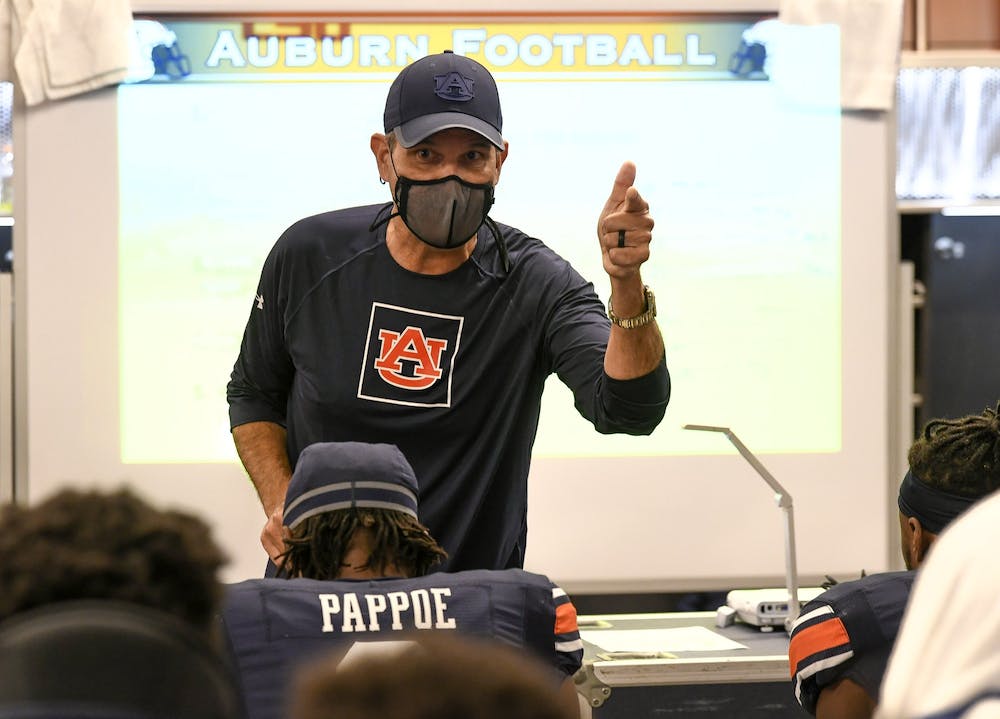 Following the conclusion of a season that was anything but normal, it seems only fitting that the Auburn Tigers are tasked with combating two obstacles in Friday’s Citrus Bowl matchup: The Northwestern Wildcats and COVID-19.

After his announcement on Wednesday that the team had players currently under COVID-19 protocol, interim head coach Kevin Steele informed the media on Thursday that the Tigers had conducted a positive test this morning.

“I’m going to keep close to the vest but, I mean, we got a call this morning,” Steele said. “We’re still testing and we got a positive this morning.”

Per usual with coaches around the sport this year, Steele did not shed any additional light regarding which players, or even position groups, had either tested positive or are currently trapped in the protocol; however, he briefly commented on the high-paced nature that has come along with the pandemic.

“So it changes,” Steele said. “That’s how quick it changes.”

In terms of game preparation, the acting head coach says that — after being dealt another positive — the team has had to be able to adapt.

“We practiced all week, we’re ready to get on a plane and we’ve got a positive,” Steele said. “So now we’ve got to adjust.”

According to Steele, his team will not participate in on-site walkthroughs in Orlando; rather, they will conduct their ‘normal’ meetings on the Planes before leaving for the airport.

Despite rumor circulation, there is little knowledge at this time regarding how many positive cases the Auburn Tigers have conducted and no known list of players who will be available for Steele and company on New Year’s Day.

The VRBO Citrus Bowl between the Tigers and the Wildcats will kick off inside Camping World Stadium at 12 p.m. CT,  will be viewable on ABC and streamable on the ESPN app.