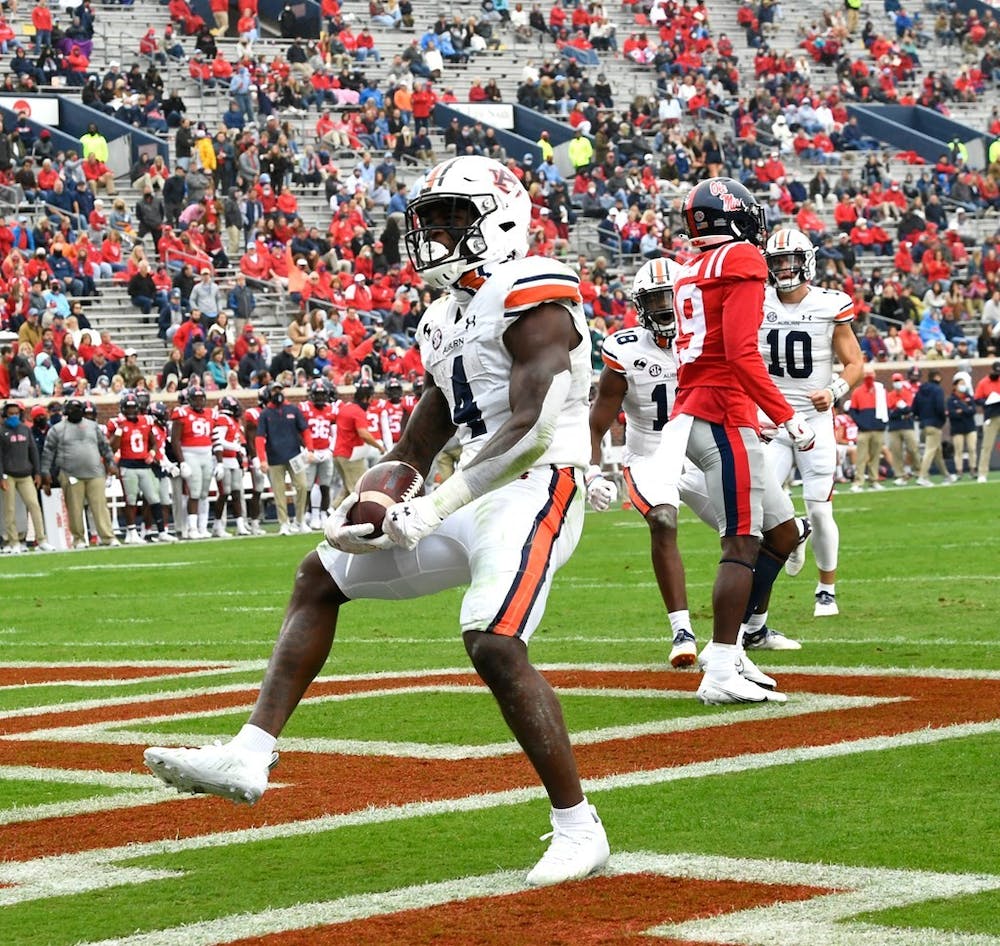 AUBURN, Ala. (EETV) - For the second consecutive season, Auburn has produced an SEC freshman of the year. The SEC announced on Tuesday that the award this season belongs to Tiger’s running back Tank Bigsby.

Well, partially. Bigsby will share the title with Missouri quarterback Connor Bazelak; however, the new face of the Auburn running back room possesses his share of the award nonetheless.

The honors come following Bigsby’s breakout year for the orange and blue in which the back rushed for 834 yards, passing Bo Jackson on the list for most rushing yards as a freshman at Auburn.

Bigsby tallied five touchdowns on 138 touches and averaged an even 6.0 yards per attempt throughout the duration of the Tigers’ 10-game all-SEC season.

The recently named freshman of the year will wrap up his inaugural season on Friday, Jan. 1 in Orlando, Fla. where the unranked Tigers will take on the No. 14 Northwestern Wildcats in the Citrus Bowl. The showdown at Camping World Stadium will kickoff at 12 p.m. CT and will air on ABC.