Auburn’s Strong First Half Leads to Dominant Win Over Troy 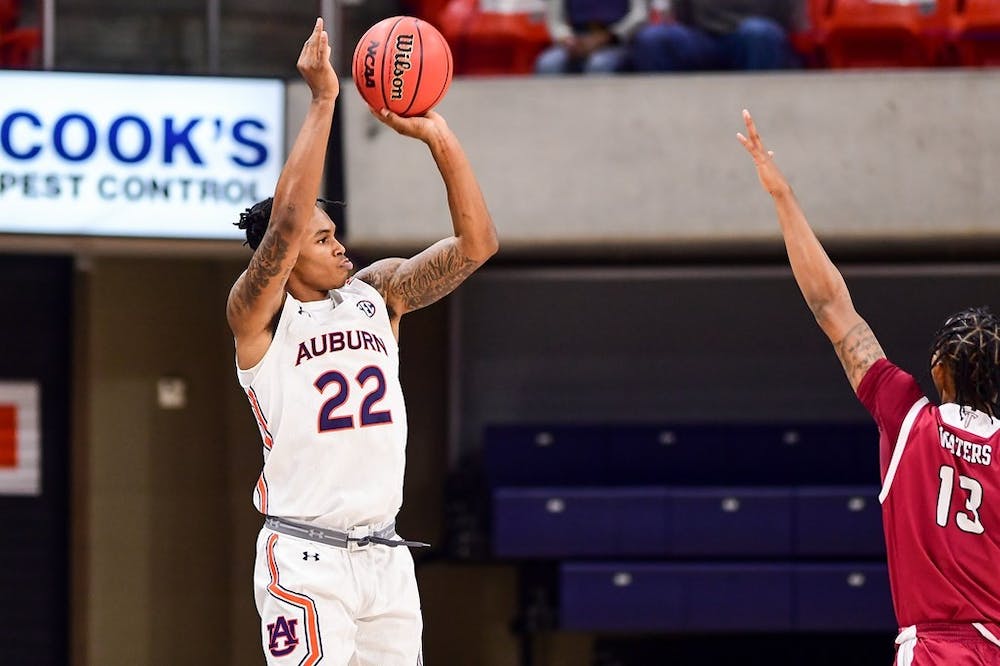 AUBURN, Ala. (EETV) - Auburn’s dominant first-half performance paired with their offensive depth led the Tigers to a dominant 77-41 win over the Troy Trojans. Auburn ended the game with three players scoring in double digits and led the whole game.

Allen Flanigan led the Tiger pack with 14 points, followed by Jaylin Williams with 11 and JT Thor with 10. Flanigan and Williams showed up early in the first half, combining for Auburn’s first 10 points.

Auburn stunned Troy in the first half, holding them to just 10 points. The Trojan's 10 points is the lowest allowed by the Tigers under head coach Bruce Pearl.

“That's probably as good of a first half as I can remember,” Pearl said. “Honestly, we were firing on all cylinders. Every possession was clean, and it looked like we knew what we were doing. Defensively, we were disruptive.”

The Tigers put up a dominant first half, scoring 43 points. They finished the half shooting 75% from the field, compared to Troy’s 23%. The Tigers also shot 4-for-8 from behind the arc and made all three of their free throws.

Auburn used guard Justin Powell in a different way in Saturday’s game but his presence on the floor was huge for the Tigers. Powell has just three points, but his eight assists and four rebounds gave Auburn the edge.

"I think the thing about our team, which I'm pleased with, is that we can win and Justin Powell just makes one basket — and you don't even notice it,” said Pearl.

The Tigers' offensive depth gave them the momentum to score 77 points, as Auburn played 15 players and 12 of them scored. Despite a slower second half, the Tigers still scored 34 points and shot 10-for-25 from the field. Auburn’s bench was huge in the second half, scoring 21 points.

"That’s really important, that we’re able to go to our bench and not drop off, our 11 versus everybody else’s seven or eight is going to be the key to our season," said Pearl.

Auburn has one more non-conference game Tuesday, Dec. 22 against Appalachian State in Auburn Arena. The Tigers then kick off SEC play against Arkansas on Dec. 30.

Pearl said, "We know with that competition we're going to have to step up, but I think our kids are still playing well."