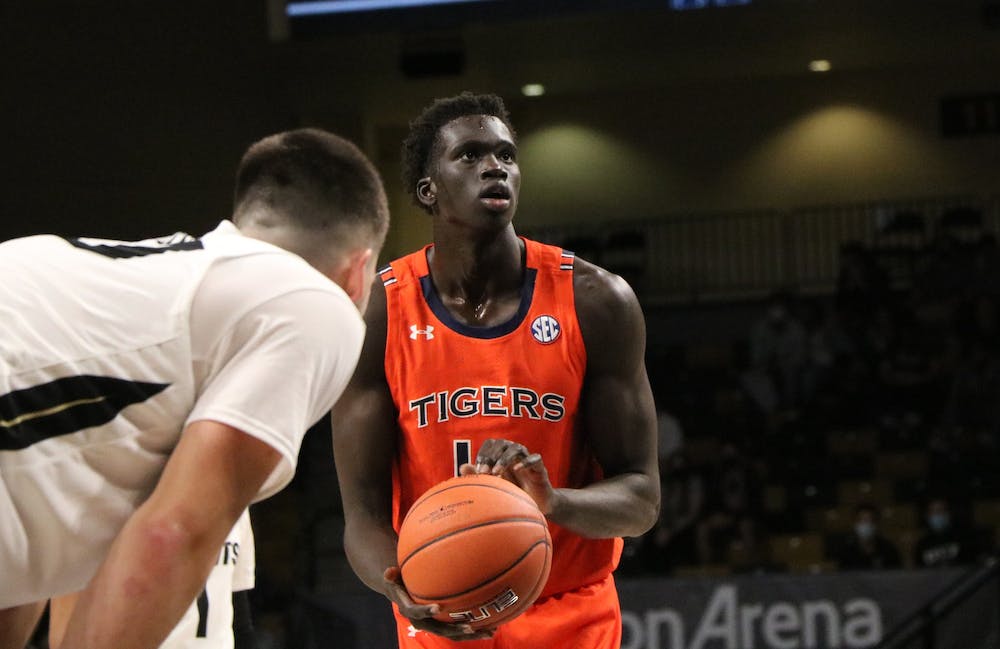 The inexperience of the young Tigers showed in Auburn’s first true road test of the season.  Auburn never had a lead against the Knights, as the Tigers had a rough start and could never get into a rhythm shooting.

“That was ugly. Set the game of basketball back a few years,” head coach Bruce Pearl said.

This was the worst offensive performance by the Tigers since the loss at Florida a season ago.  They shot just 32% from the floor and 21% from behind the arc in the 63-55 loss to the Knights.

The most eye-popping statistic, however, was the abysmal 8-22 shooting from the foul line. The Tigers were one of the worse free throw shooting teams in the SEC a year ago but showed signs  of improvement last week in Fort Myers.

“You can’t explain 8 for 22 from the foul line other than it fit in with everything else we did,” Pearl stated.

The storyline of the season so far is the absence of Sharife Cooper, as the point guards have been the focus point for the teams struggles thus far. Tyrell Jones had just one-point shooting 0-2 and zero assists.

Freshman Justin Powell has taken more of a point guard role in the absence of  Copper, but only had eight points shooting 3-11 against the Knights. Auburn finished the game  with 22 turnovers and just 12 assists.

“Our point guards struggled to make anything happen,” Pearl said.

Auburn’s next game is at home on Friday when they will play the South Alabama Jaguars. Last season, Auburn played against the Jaguars in Mobile in what ended up being the breakout game for freshman Isaac Okoro as he hit the game winning shot as time expired.

In 2019, Auburn had the SEC best home record at 16-1 so the Tigers will look toward the Auburn Jungle to help them get  back on their feet coming off a couple of tough losses to begin the season.