Tigers' Victory Over Mountaineers: A Tale of Two Halves 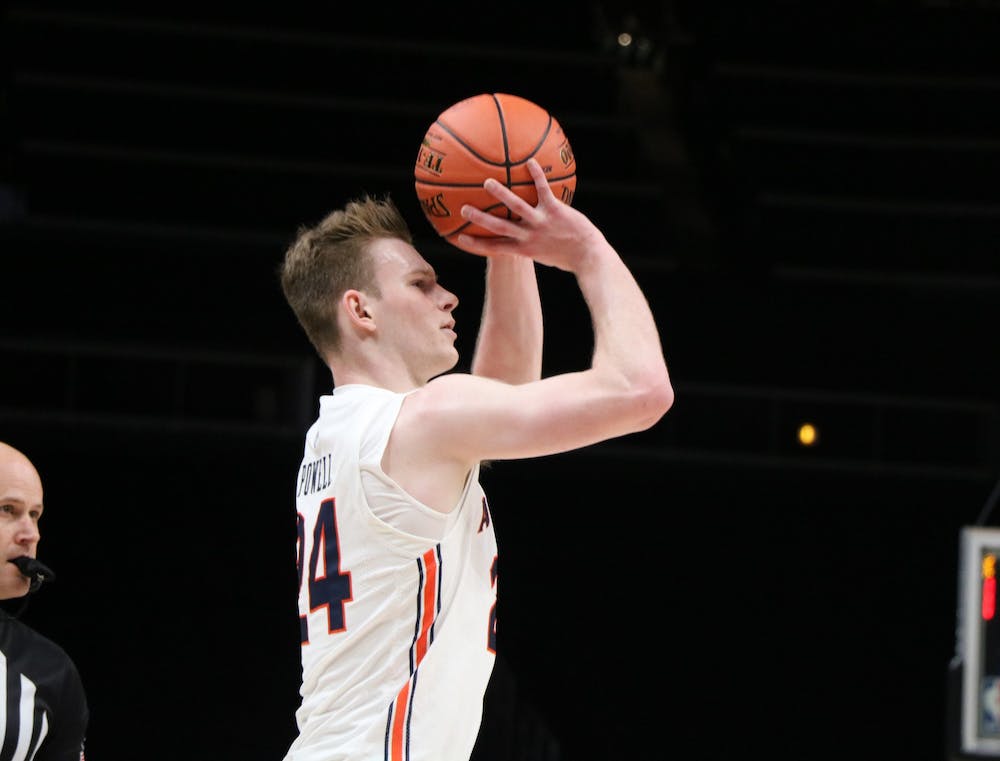 AUBURN, Ala. (EETV) - Bruce Pearl and the rest of the Auburn Tigers are headed into conference play riding a five-game winning streak. The squads’ 67-53 defeat of the Appalachian State Mountaineers on Tuesday may appear lopsided on paper; however, the end result is not indicative of the battle which took place in Auburn Arena.

The early portion of the second half did not provide much success for the Tigers; Appalachian State jumped to an early 9-0 lead due  — in large — to the inability of Auburn to sink shots from the floor. The orange and blue opened the contest 0-5 from the field before finally getting on the board off a three ball from Jaylin Williams.

Pearl anticipated early unrest within the matchup, even before tip-off.

“We were down nine-nothing...we didn’t get off to a very good start,” Pearl said. “How much of that was youth and inexperience and not quite understanding that these guys had only lost two game? I was prepared for the guys to have a little bit of a mental breakdown.”

With shots from the floor not falling early on, Pearl accredited the creation of momentum and energy to his bench.

“The bench, the bench made a huge, huge difference for us tonight,” Pearl said.

Following a strand of four consecutive threes, Pearl’s squad found themselves in the thick of  a back-and-forth contest highlighted by Jamal Johnson discovery of an offensive rhythm.

Johnson hit three shots from deep and was able to convert a four-point play on a shooting foul. The junior memphis transfer tallied 10 points in the game’s first 20 minutes, something Pearl accredits to his squads’ success in the early going and 34-31 lead going into the locker room.

“I thought Jamal Johnson was terrific,” Pearl said. “He played great defensively, obviously made some shots, had a great tempo to his game and we were better with him on the floor.”

The second half of the contest proved much more fruitful for the hometown Tigers. After being held scoreless in the first half, freshman guard Justin Powell found himself with sole responsibility for his team’s 7-0 run out of the locker room.

Powell’s head coach was pleased with his ability to add himself onto the stat sheet; however, was more proud of the guard’s ability to care more about winning than himself.

“He didn’t get many shots because (Appalachian State) took it out of his hands in ball screens,” Pearl said. “Justin doesn’t care about how many shots he gets, he just cares about winning.”

Despite a late surge and a 9-0 run from the Mountaineers, Auburn was able to find offensive production, more specifically from within the arc, adapt its defensive approach — holding their opponents to a mere 22 points in the second half — and come away with a victory.

“We did a better job in the second half,” Pearl said. ”With 10 two-point baskets, I thought we did a good job handling the changes in the defenses.”

Pearl and company will now turn their attention towards SEC conference play, beginning with the Razorbacks of the University of Arkansas.

The Tigers will play host to the Hogs on Dec. 30 at Auburn arena. The game will tip-off at 6:00 p.m. CT and will be broadcast on ESPN2.