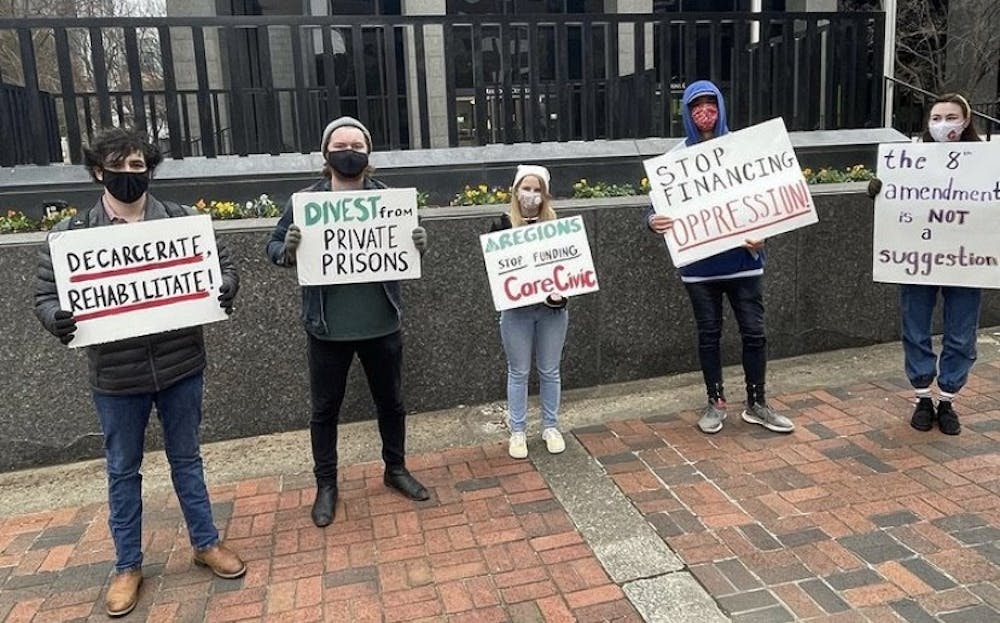 HUNTSVILLE, Ala. (EETV) - A group of Auburn University students will participate in a protest to oppose Gov. Ivey plan to construct three new prisons across the state of Alabama. The group is scheduled to protest peacefully in the afternoon at Regions Bank at the intersection of 19th Street North and Fifth Avenue North in Birmingham.

The protest was organized by AL Students Against Prison, a community organization that consist of a coalition of college students across the state of Alabama who advocate for ethical change.

The organization has set safety guideline while protesting due to the pandemic.

Industrial Design student Morgan Duckett , is one of the founders of the organization. Duckett says protesting for change in Ivey’s decision to construct three new prisons in across the state is urgent. He says he hopes the protest will inform citizens on the new policy and provide an outlet for their voices.

“The protest will serve to educate Alabamians on the highly secretive plans proposed by Ivey. It will highlight the involvement of various Alabama corporations, who would prefer their profiting off of incarceration be kept quiet, and it will show our fellow citizens that there are avenues in which to express their discontent. I find that many people I converse with about this matter, similarly, take issue with how Alabama and ADOC have run our prison systems, ” Duckett said.

Duckett says AL Students Against Prisons (ASAP) is represented by a myriad of motivations, but have the common goal of blocking the construction of the private prisons proposed and creating lasting change that prevents proliferation of policies that profit off of human bodies.

Duckett says he views this matter as important and hope the protest sends a message to Alabama officials. He says Ivey should consider the opinions of Alabama citizens regarding the construction of new prisons.

“Gov. Ivey should absolutely take into account the thoughts of Alabamians over the financial contributions of corporations when solving the unconstitutional conditions within Alabama's prisons. Presently, Ivey's plan does not consider the opinions of Alabamians, of which, according to an AUM poll, 86% oppose the construction of private prisons,” Duckett said.

Ivey announced the prisons are to be located in Bibb, Elmore County and Escambia counties and construction is set to begin in 2021. The plan is estimated to cost approximately $2 Billion dollars.

In a press release, Ivey says building new prisons will improve safety for the state’s correctional staff and inmate population.

Duckett says he is motivated to act because of Alabama's history of mishandling justice. He says Alabama’s government a relies on racist mass-incarceration as a tactic of community control.

“As someone born and raised in Alabama, I feel I have a duty to attempt to steer our future towards equity and equality, opposed to re-committing to mass incarceration through for-profit prison contracts. I think the governor and her associates are grossly ignorant of the true needs of Alabamians, especially those in poverty, who are more likely to end up in the systems of incarceration she's affirming,” said Duckett.

Duckett says Ivey should grant Alabamians their rights outlined in the constitution of Alabama so that they will have representatives at the state level who can argue on their behalf and in their interests.

Duckett says protesting is powerful and can reframe narrative. He said the act can serve as an opportunity to citizens voices be acknowledged.

“ In Alabama, currently, the narrative is that the governor is building three mega-prisons regardless of the wants and needs of the communities affected by them. By protesting, we want to shift that by showing that these communities have spoken and have requested effective reform in place of de facto mass-incarceration, ” Duckett said.