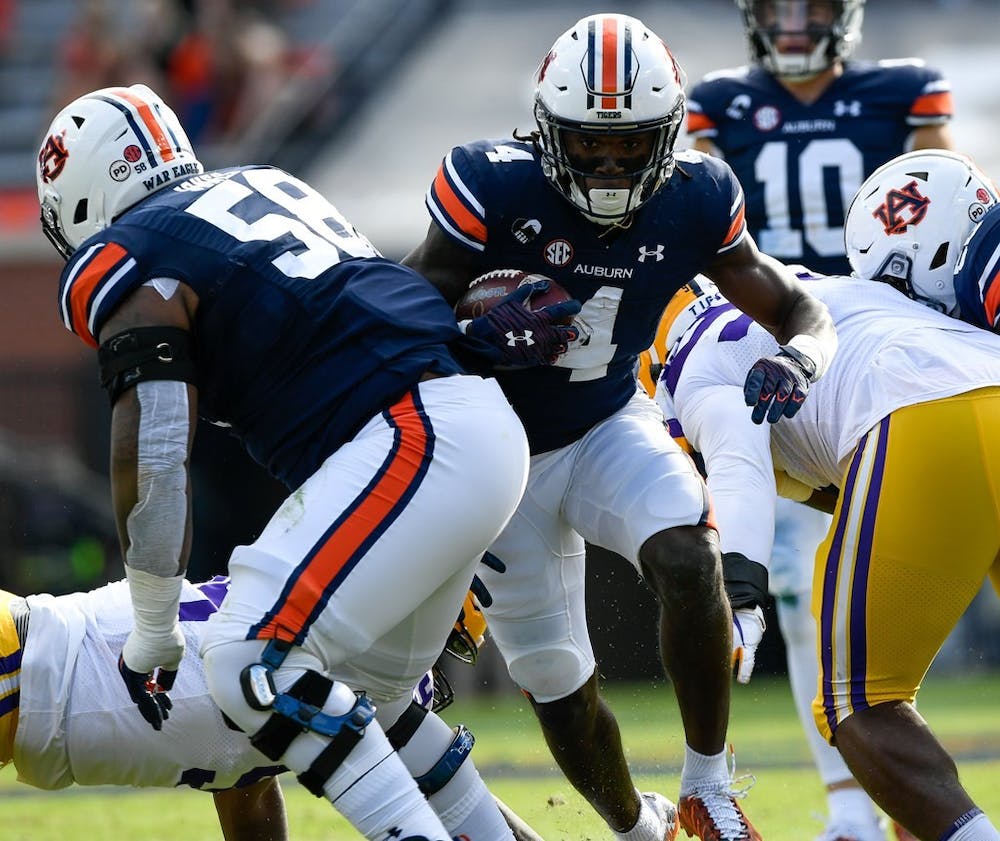 Auburn, AL (EETV)- LSU suffered a 48-11 defeat in their worst loss since 1996. Auburn's defense was the highlight of the game as they forced three turnovers which turned into 21 points for Auburn.

The LSU defense had no answer to Bo Nix as he threw for 300 yards and two touchdowns. Auburn's 48 points is the most points scored in series history, beating LSU's 45 points scored in 2011 and 2015.

Defense was the Difference

Auburn's defense was a factor in the game with two interceptions and a fumble recovery. LSU managed just 32 yards rushing which is the third time that Auburn has held them to 32 yards or less in the series. The defense kept LSU out of the red zone and allowed only one touchdown in the fourth quarter.

Nehemiah Pritchett made his first interception of his career on an overthrown pass from TJ Finley. Christian Tutt recorded his first touchdown with a 20 yard fumble recovery for Auburn's second score of the game. Defensive lineman Big Kat Bryant made his second career interception off a pass that was deflected off DaQuan Newkirk.

The defense had their best performance of the season. They put pressure on Finley and made stops on third down. The young defense will look to build upon this game going into the home stretch of the season.

More Improvements for the Auburn Offense

Auburn's offense took another step this week with an impessive performance of over 506 total yards. After losing offensive lineman Brandon Council for the season, the O-line did not show any flaws against the leading sack defense in the SEC.

"I’m real proud of our offensive line for running the football 200-plus yards against a national champion," Malzahn said, "They were leading the league in sacks, and we gave up zero sacks today. As far as the game goes, I thought the drive right before half – we went 99 yards for a touchdown – and the drive coming out of the locker room – 75 yards for a touchdown -- it was a complete game."

Wide reciever Anthony Schwartz had a big game with four catches for 123 yards and a 91 yard touchdown pass.

Nix lead all Auburn rushers with 81 yards and one rushing touchdown.His effeciency rate of 221.3 was the second best of his career since lat year against Mississippi State.

The much criticized Auburn offense made a statement at home. After limited preseason practice, the Tigers seemed to have worked out what their issues are offensively.

Auburn Has Potential for a Great Finish to the Season

After two straight wins against Ole Miss and LSU, the Tigers look to have found their groove in the middle of the season. It took some time, but their determination to improve each week paid off in this win over LSU.

Auburn is favored to win the rest of their games except for the Iron Bowl against the Alabama Crimson Tide.

The remaining schedule includes games against Mississippi St, Tennessee, and their final home game against Texas A&M who is currently ranked in the top ten.

Going into the bye week, Auburn will look to rest and continue to improve on their win against LSU. They have the potential to finish the ten game schedule in a big way.

Auburn will have a bye week next Saturday before traveling to Mississippi State in two weeks. Kickoff and TV coverage for the Mississippi St game is still to be determined.

The Bulldogs were beaten by Alabama 41-0 on Saturday as their season continues to go downhill after defeating LSU in week one. Mississippi State will face Vanderbilt this week before welcoming Auburn to Davis Wade Stadium on November 14th.