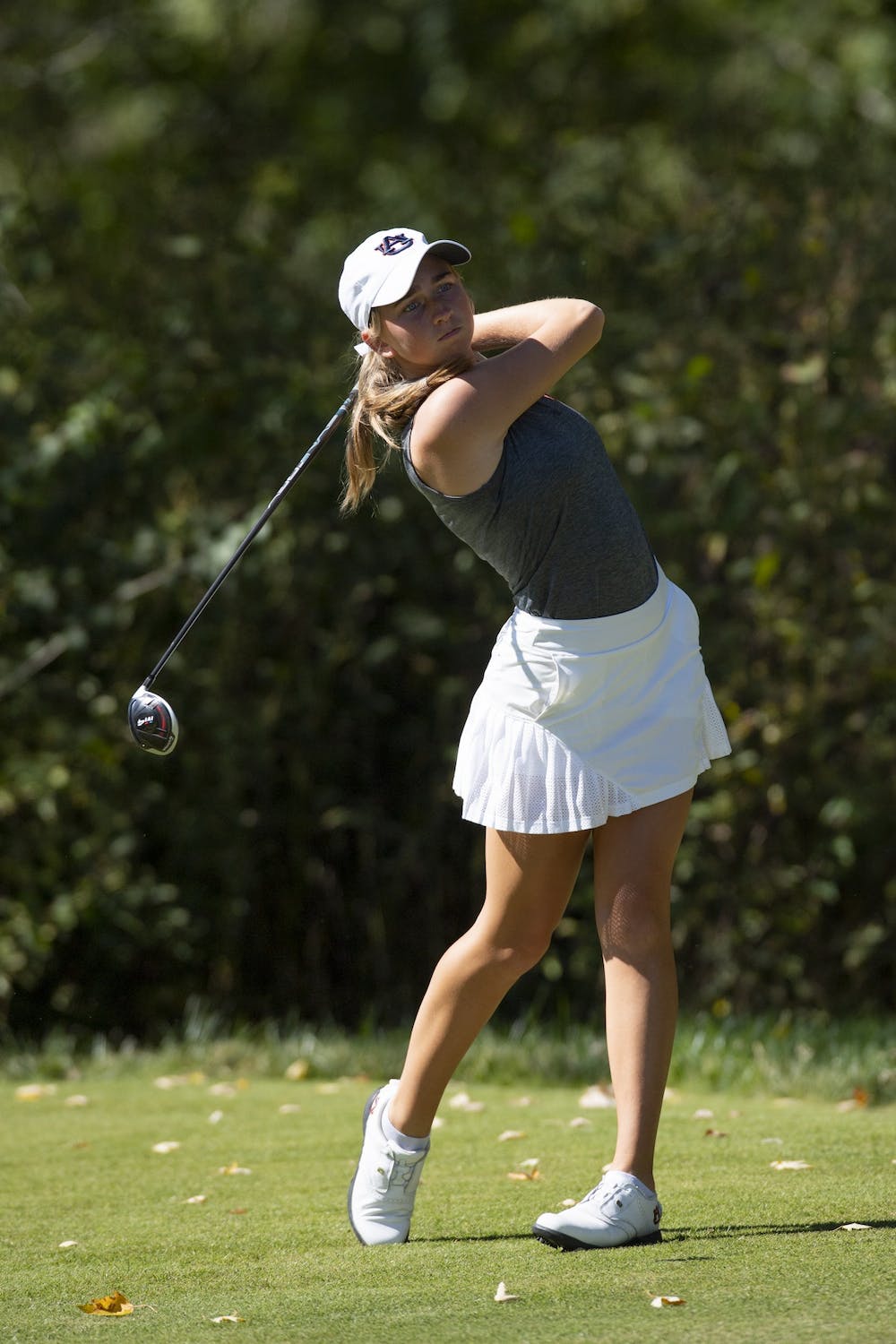 Photography from the practice round of the Blessings Collegiate Invitational on Monday, October 5, 2020, in Fayetteville, Ark. Photo by Beth Hall

AUBURN, Ala. (EETV) - Auburn women's golf sits at seventh place after a strong performance during the second day of the Blessings Collegiate Invitational in Fayetteville, Ark.

For the second consecutive day, the Tigers finished at 300 (+12). The team is only three shots behind fourth place ahead of the third and final round of the invitational.

“It was a day similar to Round 1,” head coach Melissa Luellen said. “We made a few more putts today but a little more trouble, too. It is helpful to see all five play at the same time to be able to watch every shot while in competition. This is rare for a coach. I am proud of the team as they are fighting for every shot. We’re saving the best day for the last day.”

Mychael O'Berry led the fight for the Tigers. She finished the second round with a team-best of 73 (+1). O'Berry has made 23 pars through the first two rounds, tying her for third among all players. Tied for eighth overall, O'Berry is the only Auburn player in the top-10.

O'Berry was not the only player to contribute to the Tigers' second-day success. Juniors Julie McCarthy and Kailey Telfer also contributed to the cause. McCarthy shot a 74 (+2), while Telfer shot a 75 (+3). McCarthy barely sits outside the top-10, as she is tied for 11th overall. Tefler is currently tied for 14th overall.

Each junior had their fair share of birdies. Tefler led the Tigers with four birdies, while both O'Berry and McCarthy made three.

Both sophomore Brooke Sansom and freshman Ashley-Sinclair Curtis had strong performances Tuesday as well. Curtis scored 88 for the second day in a row, while contributing her first two birdies as a member of the Tiger team. Sansom made three birdies on the front line, also finishing the day with the same score as the first round (78 +6). She is tied for 42nd on the leaderboard.

The final round of the invitational will begin Wednesday at 7:45 a.m. CT. The broadcast can be seen on Golf Channel starting at 2:30, with live scoring on Golfstat.com.