Volleyball Battles on the Road at South Carolina 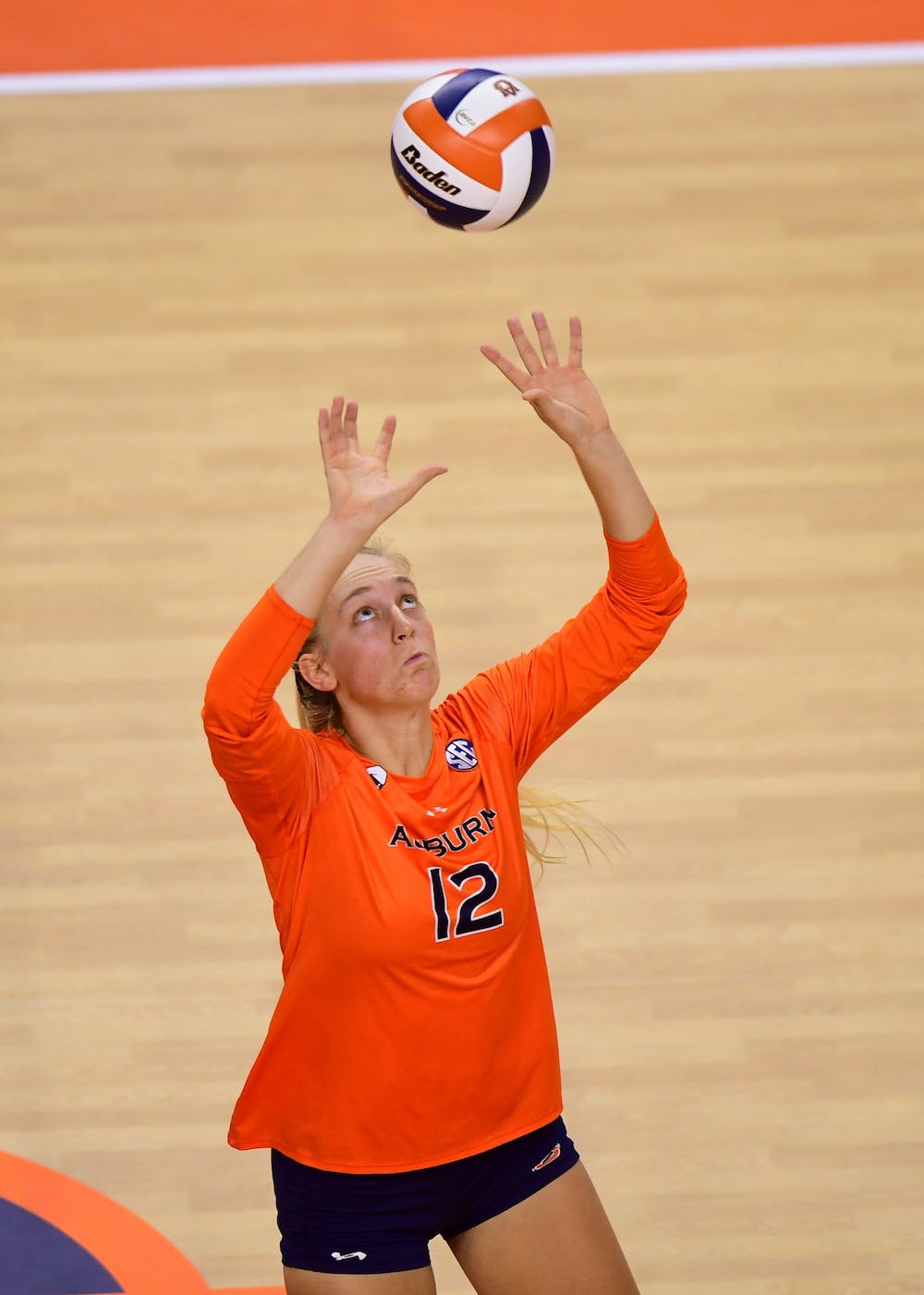 AUBURN, Ala. (EETV) - In the first away match of the 2020 season, Auburn lost to South Carolina in straight sets Wednesday night in the Carolina Volleyball Center.

Auburn was strong at the service line to string together a strong run late after South Carolina seemed to put away the final set early.

Freshman Jackie Barrett made her collegiate debut in Wednesday’s match. Due to an injury
she missed Auburn’s season-opener against Florida.

Barrett has 19 total assists and was a huge part of Auburn’s 7-0 run in the third set. She finished the night with three aces at the service line. Defensively, she had five digs and was a strong opponent at the net with a pair of blocks.

Junior outside hitter Val Green had eight kills. Green also posted a match-high 40 attempts. Junior Tatum Shipes had six kills, four digs and a block, setting a season-high for her.

Senior Jaeden Brown had a season-high five kills on a .333 attacking percentage, while senior Chesney McClellan added three. McClellan led the team with four blocks alongside Brown picking up two. As a team the Lady Tigers finished the match with six total blocks.

Auburn returns against South Carolina on Thursday at 3:30 p.m. CT on the SEC Network+.