Sinz Remains in Top-Five on Leaderboard 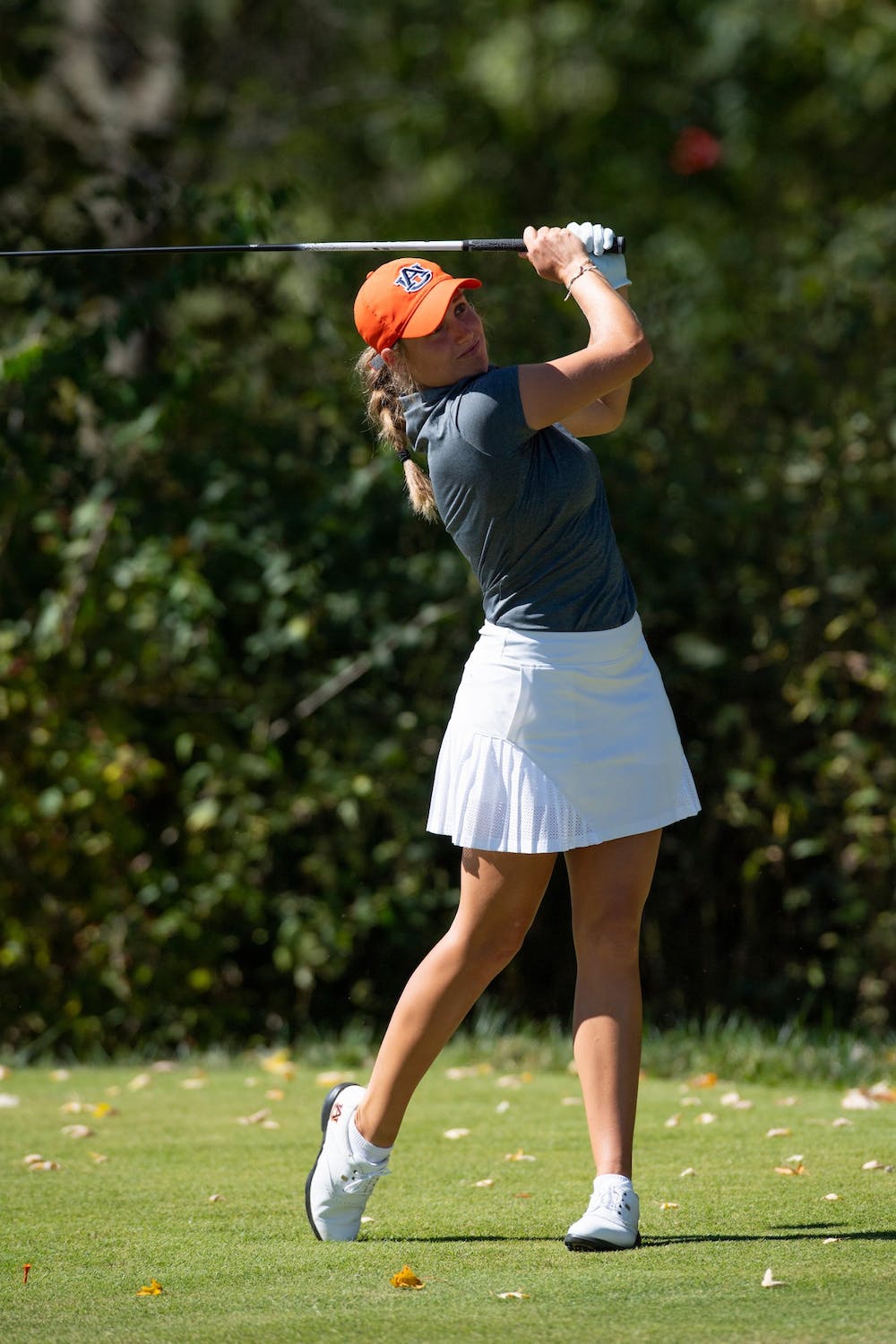 Photography from the practice round of the Blessings Collegiate Invitational on Monday, October 5, 2020, in Fayetteville, Ark. Photo by Beth Hall

AUBURN, Ala. (EETV) - Scoring low once again, Freshman Elina Sinz is fourth player on the leader board after day two of The Ally at Old Waverly.

The Tigers fought hard with all five players in the lineup shooting 76 or better on Tuesday but fell to fifth after carding a 294 (+6) in round two.

“It was a bit of a disappointing round for the team but a solid round for freshman,” Sinz said.

Auburn head coach Melissa Luellen remained hopeful as she said, “The course was scorable today, and I felt like we threw some shots away. We have to be sharp with decision-making and committing to those decisions to post a good, solid round tomorrow. We certainly have the firepower, just need the execution.”

In her second season, freshman Megan Schofill stands tied for 24th overall. She scored a 74 (+2) in round two with two birdies on the front nine holes.

One shot behind Schofill, Anna Foster and Kaleigh Tefler are 3- over and tied for 29th. On Tuesday, Foster carded a 75 (+3) with three birdies, putting her second on the team with eight birdies in the whole tournament.

Mycheal O’Berry has showed improvement as she shot a 74 (+2) in the second round. O’Berry is tied for 47th overall at 6th overall.

The third and final round will begin on Wednesday, with Auburn paired with Ole Miss and Alabama. All 15 teams will tee off at 8:30 a.m. CT.