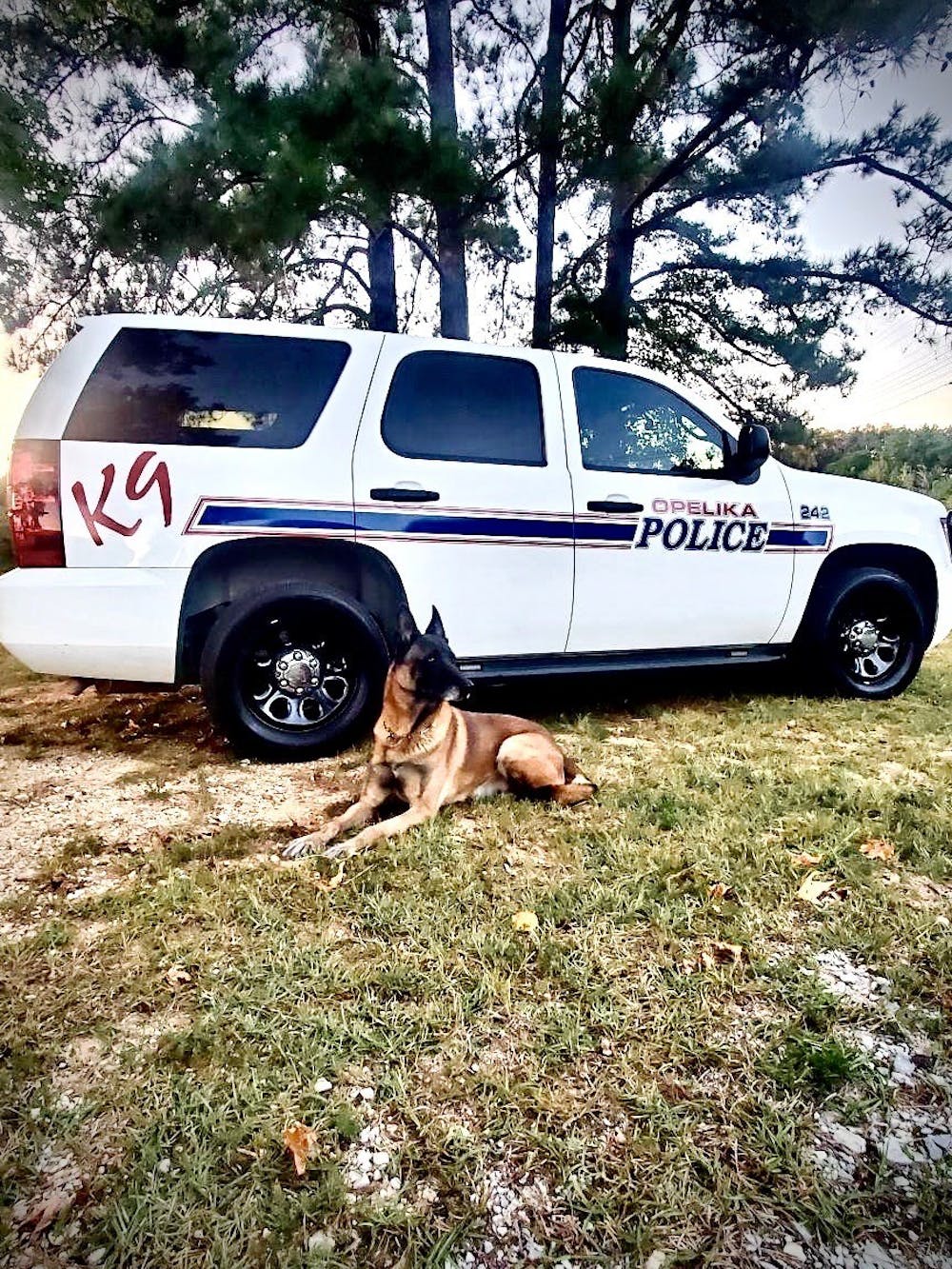 OPELIKA, Ala. (EETV) - The Opelika Police Department announced the retirement of one of its K9s, Deajo.

Deajo has served the department since 2012. The department said the Belgian Malinois was a dual-purpose dog that specialized in patrol and narcotics.

Police say Deajo was instrumental in multiple searches and arrests, including the apprehension of two violent offenders.

Deajo will spend his retirement with his handler, Officer Jonathan Wilkerson.

Wilkerson has been a K9 officer since 2011. Wilkerson also adopted his previous K9 partner, DJ, in late 2011 after his retirement.

“Deajo has been a part of my family for the past eight years and I am looking forward to helping him enjoy his well deserved retirement,” Wilkerson said.

The Opelika City Council formally authorized the retirement on Oct. 6.