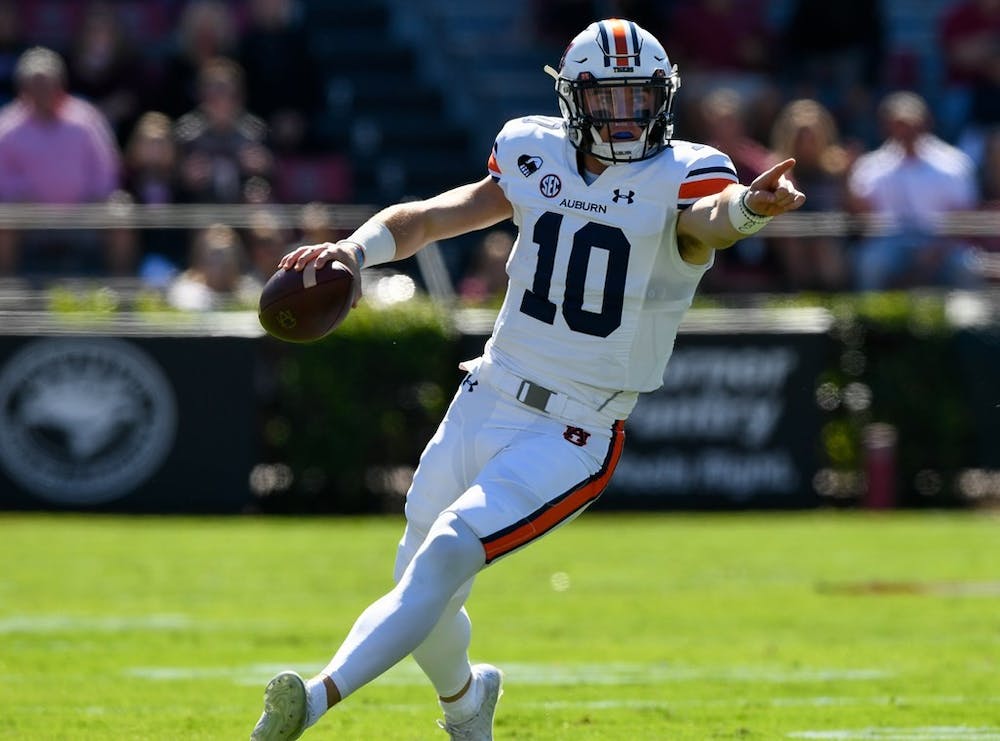 Auburn, AL (EETV) - Auburn quarterback Bo Nix was named as one of the eight Manning Award Stars of the Week for his performance on the road against Ole Miss.

The Manning Award recognizes eight QBs a week for the entire season before naming a winner of the award at the end of the season. It is the only quarterback award that takes bowl game performances into consideration when picking a winner. The award has been won by the likes of Tim Tebow, Cam Newton, Kyler Murray and Joe Burrow.

Nix led the Tigers to a 35-28 victory over the Rebels, finishing the game by leading the Tigers down the field on a 6 play, 80-yard drive with a 2-point conversion to take the lead with 1:11 left on the clock. Nix went 23-30 on the day with 238 yards in the air and an additional 52 yards on the ground. He had two touchdowns, one to receiver Seth Williams, and another that he took in himself. With zero picks and a QBR rating of 84.1, Nix had a good enough day to be named one of the eight recipients of the award.

Nix and the Tigers will be back in action Saturday, at home against LSU.