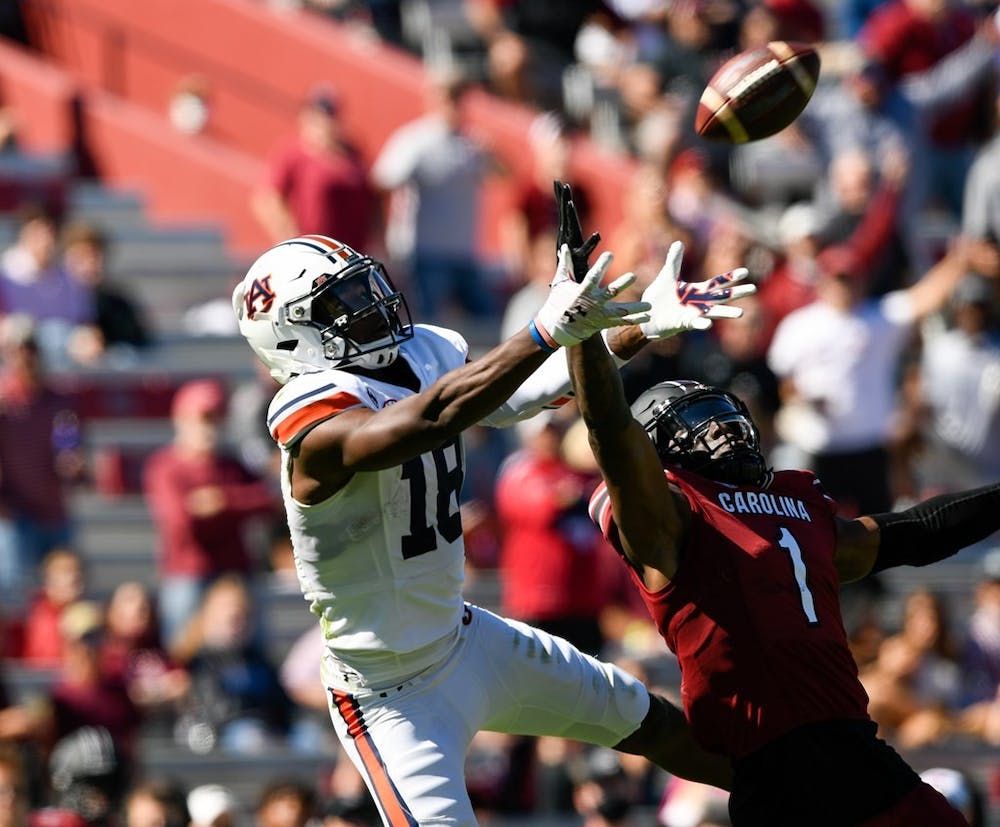 Columbia, SC (EETV)- An 87 year wait is over after South Carolina pulled off an upset over Auburn by a score of 30-22. This marks their first win over Auburn since 1933.

Mistakes were the difference for Auburn as Bo Nix threw three interceptions which is the most that he has thrown in a single game.

Auburn's offense had positive start scoring nine points in the first quarter. Nix would find Eli Stove for his only touchdown pass of the game. Auburn failed to convert a two-point conversion which kept the score at 9-0.

After Nix's first interception, South Carolina scored their first touchdown of the game from running back Kevin Smith.

Tank Bigsby scored his first career touchdown with a four yard run to put the Tigers up 16-7. The. Tigers would not see the end zone again as the Gamecock defense held them to just two field goals.

South Carolina scored two touchdowns in the third quarter to take their first lead of the game. Trailing by eight with two minutes to play, Auburn would have a chance to tie the game. The Tigers would get into the red zone and fail to reach the end zone after four plays.

Gus Malzahn spoke after the. game saying, “First of all I’m proud of our guys for fighting until the end. We didn’t handle adversity great in the third quarter and kind of got behind there and had to play catch up. I thought we played pretty good football in the first half. You know, when you look at it, the stat sheet, as far the stat sheet we played pretty good football. But the three turnovers obviously were big, they led to 21 points. In the second half, we had seven penalties and I think four led to first downs and then kept them on the field. Give South Carolina credit, they played well, they had a good plan, they protected the football for the most part. Dissapointing loss, but I’m proud of our guys for fighting to the end."

South Carolina's offense had 481 total yards of offense. Quarterback Colin Hill will throw for 272 yards and one touchdown.

Tank Bigsby had his second straight 100 yard performance. Bigsby ran for 116 yards on 16 carries. Bo Nix threw for 272 yards passing and one touchdown.

The loss puts Auburn at 2-2 and they will travel to Oxford, Mississippi to face Ole Miss next Saturday. Kickoff will be at 11am with TV coverage on SEC Network.