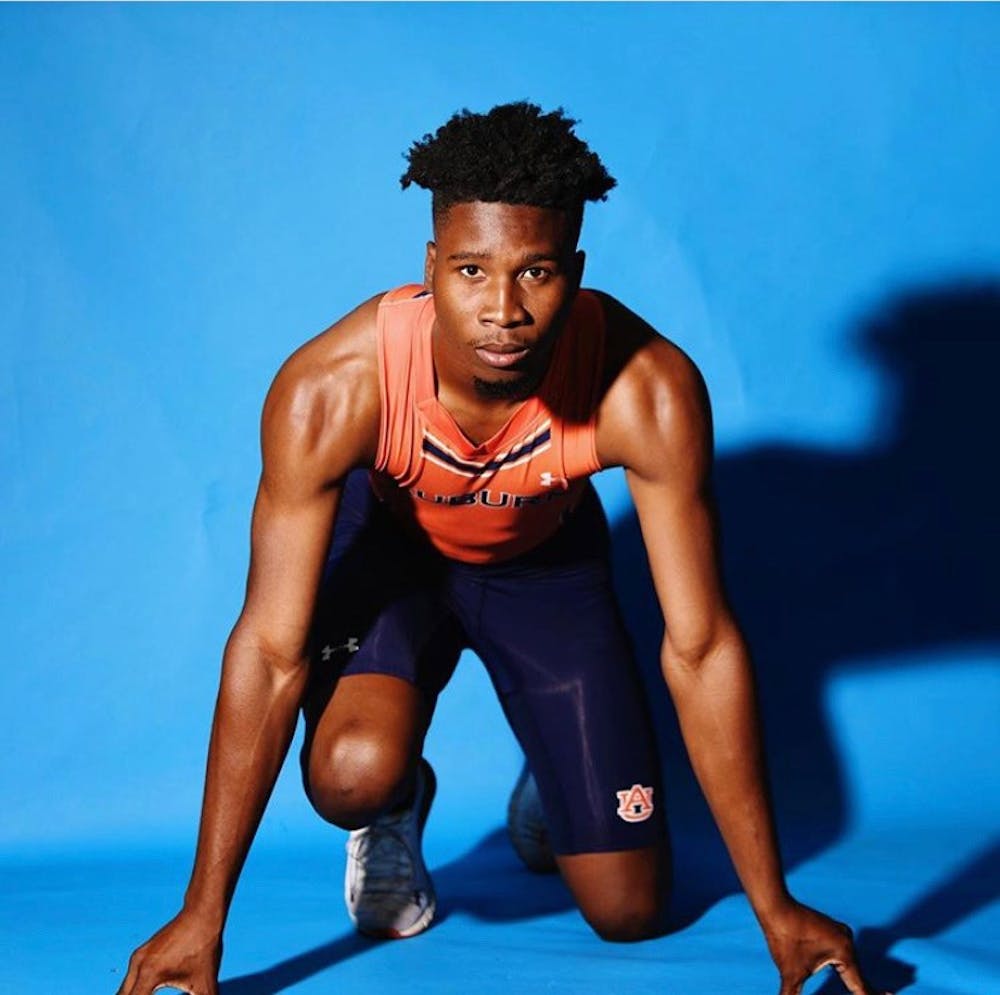 AUBURN, Ala. (EETV) - Are you ready for a talk show about student life at Auburn? If so, one is being launched by track star Christopher Grant.

Tiger Talks will highlight positive happenings in and around campus, which will allow students to learn more about the campus community.

There will be interactive segments that will allow students to comment on weekly questions or scenarios that will be posted on the Tiger Talks Twitter page. Selective responses will be read and commented on during the segment.

Additionally, it will hone in on the synergy amongst the student body. It will showcase the success of various Auburn tigers and those success stories could motivate students to be the best version of themselves.

The show will not be filmed in front of a live studio audience due to COVID-19 protocols.The location for filming is will take place in various locations at Auburn University.

Born and raised in Jamaica, Christopher Grant says he possessed a passion for media at an early age and dreamed of hosting his own television show.

“Growing up I always knew I wanted to work in broadcasting," said Grant." I believe in the power of exposure and I also aspire to one day use my creative skills to produce and host my own tv show, where I can use the power of tv exposure to highlight the talents and skills of people who come from places and situations, that would make it difficult for them to get the exposure they need to achieve success,” Grant said.

Grant says whenever he would watch The Oprah Winfrey Show and The Daily Show, he would envision himself in the position of the host. He enjoyed audience engagement and the dynamic of a talk show.

Grant is a sophomore majoring in Journalism and aspires to become an anchor for a world-renowned news media outlet.

He chose to further his education at Auburn because of the athletic system. Several runners from his home country attended the university and went on to have successful careers.

While at Auburn, Grant has won several awards for his athleticism. He was the winner of 2020 SEC indoor championship 60m bronze medal.

Tigers Talk will highlight the benefits of getting involved in organizations on campus. Grant says he hopes the show will get more students engaged and connected on campus, especially during times when most students are physically distant.

“It is my hope that it will influence those who are less involved to become more involved and those where we’re not involved in anything outside of classes will consider joining a society on campus. Having a forum that brings us together can contribute to maintaining the togetherness that we already possess,” Grant said.

Grant says he noticed the significances in the interactions within the campus community and believes it should be depicted on a platform.

“When I observe the Auburn family culture that exists among auburn tigers, I think it is something of tremendous value. And I believe that when u have something of such value it needs to be highlighted for all to see," Grant said.

In the coming years, Grant wants the show to become a staple in Auburn student media. His vision is that students will utilize it to enhance their media skills.

“I would hope that in 10 years Tigers Talk would be the primary show at Eagle Eye Tv that will allow journalism broadcast students to gain meaningful experience in broadcasting while utilizing their creative skills. I would also hope that the show will be a driving force for the student's success —meaning, students will want to achieve great things so that they can be featured on the show,” Grant said.

The first guest of the show will be Collyn Davis, president of Alpha Gamma Delta Fraternity. They will discuss how COVID-19 has impacted operations within the organization and new guidelines the group has set in motion.

Grant says he is thankful for his family members in Jamaica has been providing him with an endless amount of encouragement during the process of creating the show. In addition, he says his teammates and friends are eagerly waiting for the first episode.

“My support system is excited for me and the direction of the show. They’ll most definitely be watching,” Grant said.