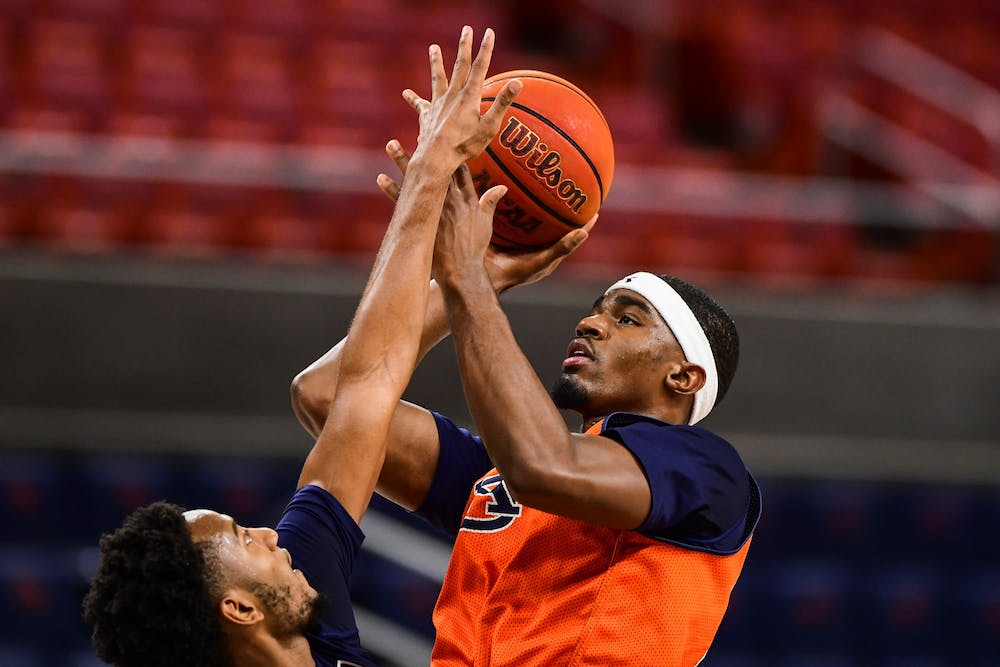 AUBURN, Ala. (EETV) - Bruce Pearl is coaching the youngest team he has ever coached in his 16-year D1 career. Seeking a leader for this unexperienced team, Pearl has his eyes on sophomore guard Devan Cambridge.

After an extraordinary long offseason the 6’6 sophomore came back to campus 25 pounds heavier after he decided to put on more muscle following the conclusion of last season.

“My goal last year was to gain weight. I was skinny so I feel like I’m moving, not the same as I was in high school I feel a lot like bouncier, but I feel good. I feel like I can handle bigger guards. I’m still moving fast laterally—I think I’m doing good,” Cambridge said.

After giving up 70.4 points per game to opposing teams (10th in SEC), Pearl is emphasizing that the Tigers use their length to their advantage. Cambridge mentioned that defensively they have been practicing a lot of zone. The Tigers plan to use their long wingspans to take away passing lanes for opposing offenses.

“This year I think we have to zone-in on the defensive end,” Cambridge said. “With us being so long we could be very good at a zone. With our long hands deflecting passes, being in the passing lane, I think it could help tremendously."

Cambridge broke down of all five incoming freshmen that will have a major impacts this season.

On guard Sharife Cooper: “He’s in the gym day in, day out; he’ll be one of our leaders. He’s our point guard so he’s always on top of anything, if a play breaks down—he’s always there to pick you up, he’s doing a good job of that. “He’s being a leader even though he’s so young coming in as a freshmen."

On forward Chris Moore: “He’s a great defender—he’s better on defense than he is on offense. We call him Draymond [Green], he does the little things, rebounds, set charges, deflections, he’s a hard worker."

On center Dylan Cardwell: He’s the most energetic person in the world. He has great energy no matter what, he’s always up. Great rebounder, he’s ready to work, and ready to listen and learn from everybody."