Baseball Jumps Back into Action as They Begin Fall Practice 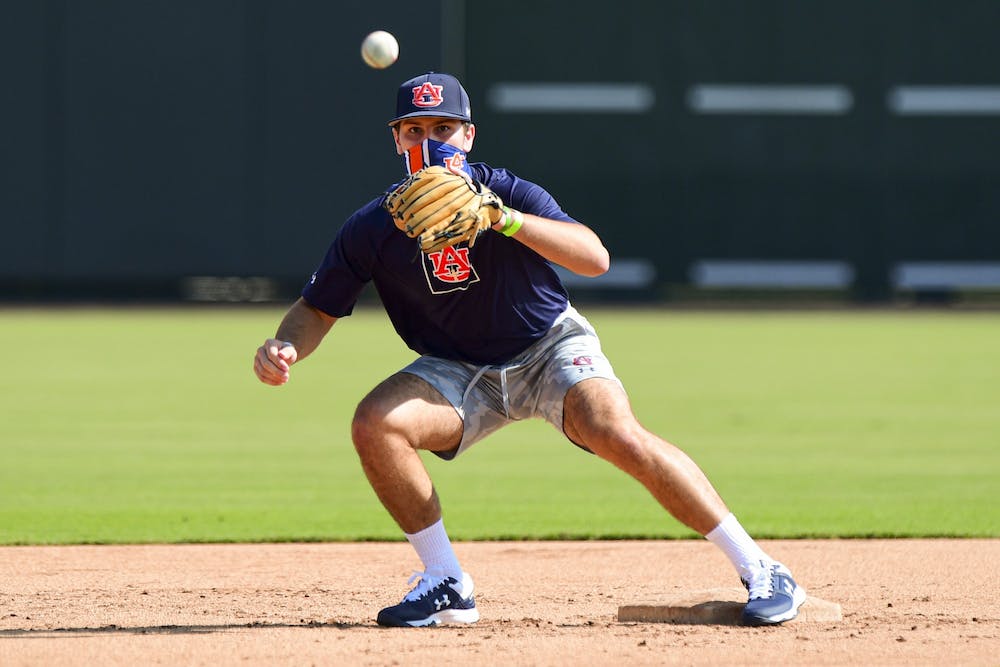 AUBURN, Ala (EETV) - After an unexpected end to the season and a long offseason full of questions, the Auburn Baseball Team is finally back in action. The team started fall practice this week and they are excited to be back on the field.

“This was a long time coming,” Head Coach Butch Thompson said. “From, you know, small group work and just getting to the point of our first team meeting, first week of official team practice.”

The team’s season was cut short back in March because of the pandemic, and the squad is just now getting back to being all together. Due to COVID-19, the team has had to follow strict meeting regulations, but are now able to meet and prepare for the upcoming season.

“Last Sunday was the first day that I met with the entire team and coaching staff since March 13. That’s pretty incredible to me to go that long as a head coach of a program. We've been meeting six at a time or eight at a time, so that was kind of a monumental moment having the entire team together.”

The team’s momentum slowed down when their season came to an abrupt stop in March. They are just now getting back into the swing of things and there are areas of game play that slowed down over the summer. Thompson mentions the biggest issue he has noticed is base running.

Thompson’s goal is to get the team back in the mindset of playing games and get them ready to perform at the same level as March. He has already noticed improvements in just this first week of practice and he is excited to see them improve even more.

“We've done a pretty good job, and who knows what will happen, but we've just been watching and reacting to everything that we've seen out there. Hopefully our guys are ready to go at it.”

With the pandemic, the MLB Draft was cut to only five rounds, leaving a lot of returning players on the Tigers rosters. Thompson is happy with the depth of his roster and knows that they can run multiple different rosters throughout the season.

Auburn has seven of nine everyday position players returning, as well as 11 pitchers. At the top of the list are Auburn’s top hitters, Rankin Woley and Ryan Bliss, and the entire outfield of Judd Ward, Kason Howell, and Steven Williams. On the mound, the Tigers have Cody Greenhill, Jack Owen, Richard Fitts and Mason Barnett returning.

“It's going to be really neat to try to get more people than we ever have, you know, at bats in a game and trying to figure out who's not your nine best players, but your best nine that helps formulate the best team to win."

The Tigers also got a lot of new guys over the summer, and he hopes to see the veterans help the newcomers get comfortable on the field.

“What I would want is our incumbents, the guys that have been here to, for it not to be about them or themselves and, you know, eventually the players make the lineup out,” Thompson said. “I think sometimes those are our best coaches in the fall is the guys that's been around a few times.”

The Tigers' last day of fall practice will be Nov. 23. The Tigers will pick up practice in the spring on Jan. 6 and will have until February 14 to get ready for the season.