Auburn Scores with Less Than 10 Seconds Remaining After Two Overtimes 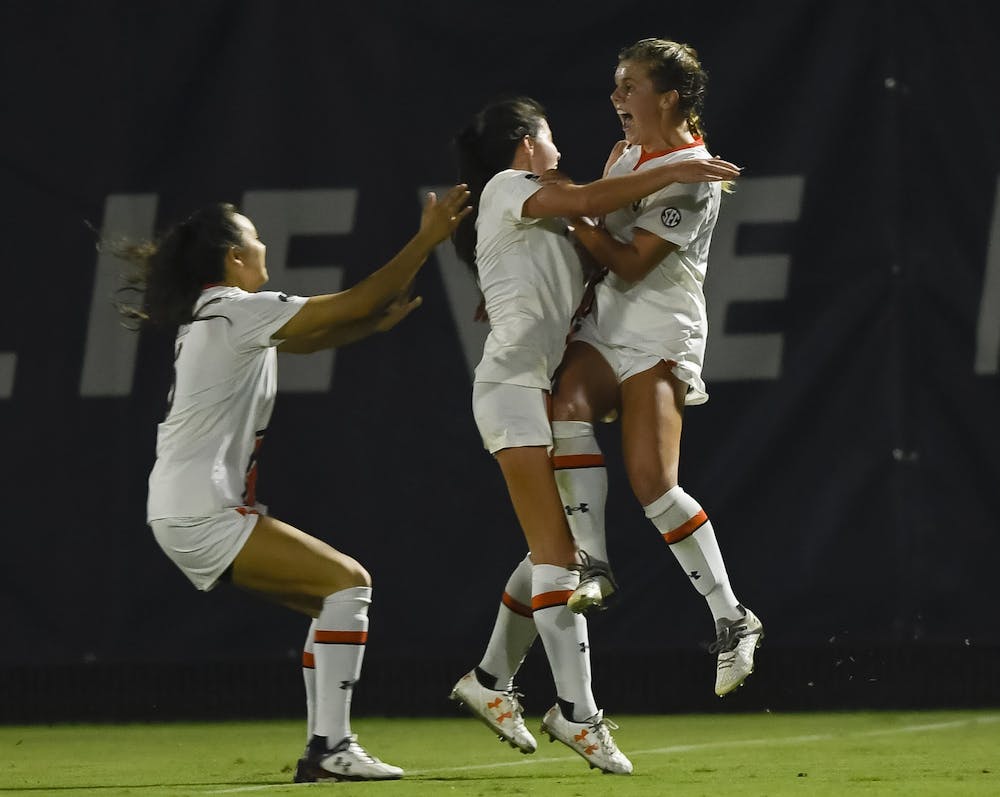 Auburn, Ala. (EETV) - After 25 days since their last game, the Auburn Tigers took the field for the second time this season to face Ole Miss. With a final score of 1-0, Auburn took the win after two overtimes, marking the second double overtime of the season.

With less than 10 seconds in the game, Anna Haddock kicked a corner kick to win the game. Bouncing off an Ole Miss defender, the ball went into the back of the net.

“It was a really hard-fought battle,” Haddock said. “We’ve been waiting 25 days to play again. Today, we were going to come out and fight. We fought for 110 minutes. It really paid off to see that go in and end in a win for us.”

“We’re just really proud of this team,” head coach Karen Hoppa said. “We had been out for a while, but you couldn’t tell from their performance. The overall performance was excellent. We had a lot of chances. I’m really proud of them to stick with it until the last seconds and come out with a really valuable three points at home.”

Auburn will face Georgia in Athens on Sunday at 5 p.m CT. The game will be shown on SEC Network.