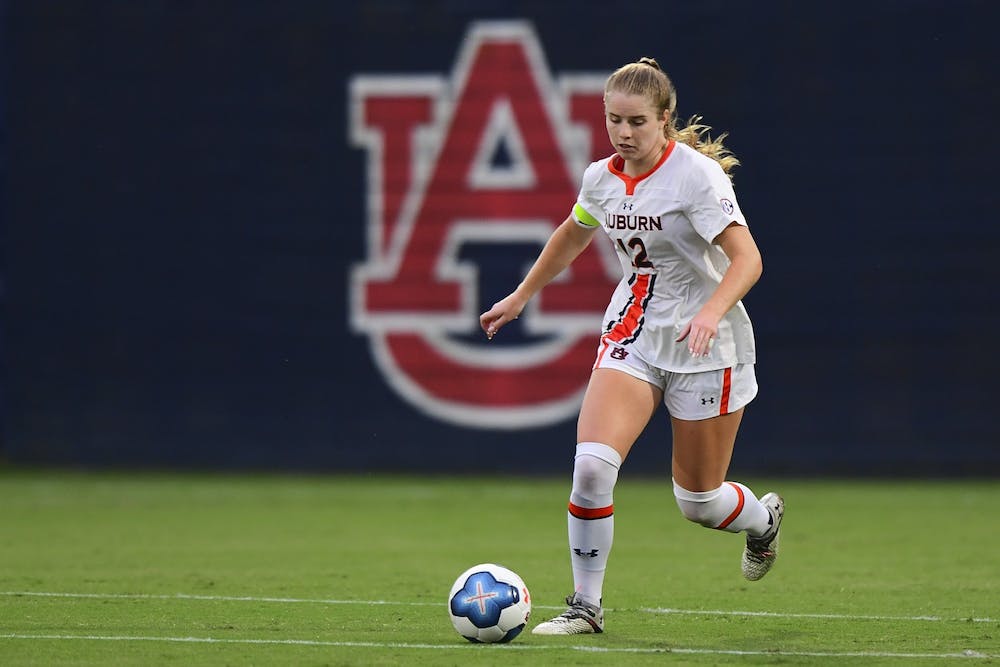 AUBURN, Ala. (EETV) - For the second straight week in the United Soccer Coaches Poll, the Tigers emerged in top-15 ahead of their ranked match against Arkansas tomorrow.

Auburn’s most recent game ended in a 1-1 double overtime draw against Kentucky. The Wildcats scored the game tying goal with 24 seconds left in regulation. This was the first goal allowed by Auburn since the season opener vs. Mississippi State.

This Friday, the No. 15 Auburn Tigers face the defendinng regular season champion No. 6 Arkansas Razorbacks for Auburn’s first ranked matchup since 2018. Auburn remains the last undefeated team in the SEC, with a (2-0-2) record.

Auburn freshman goalkeeper Maddie Prohaska will be returning this Friday after having to sit out the Kentucky game due to receiving a red card at Georgia on October 18. Prohaska leads the SEC for save percentage (0.933) and goals against average (0.328).

The game will be broadcasted on SEC Network+ on Friday at 6:30 p.m. CT at Razorback Field.