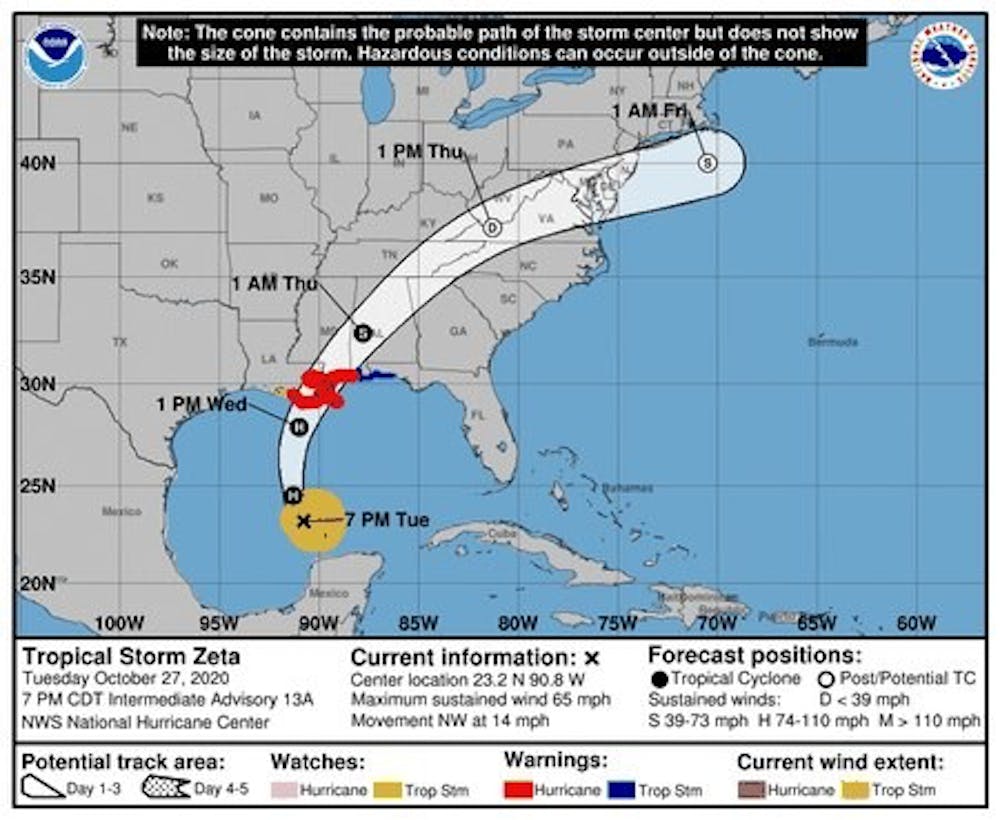 AUBURN, Ala. (EETV) - The 27th named storm of this hectic Atlantic hurricane season, Hurricane Zeta is set to be yet another hurricane that strikes the Gulf Coast of the United States. The National Weather Service estimates that Zeta will hit the Auburn/Opelika area early Thursday morning. The northeast of Mexico’s Yucatán Peninsula was struck Monday morning by Zeta’s first landfall. The landfall brought maximum sustained winds of 80 miles per hour. Moving through the Yucatán Peninsula caused Zeta to regress into a tropical storm, but the return to the Gulf is expected to strengthen Zeta back to its previous Category 1 strength.

The 2020 Atlantic hurricane season has already broken records for the number of storms before several different points in a season (August, September, and October). The season is currently on pace to break the record set in 2005 for the greatest number of storms in one season. This 2020 season is the second season to resort to the Greek alphabet to name storms (first being 2005). With still a month to go, the 2020 season has already cost more than $27 billion in damages across the Gulf. Hurricane Laura (August 20-29) has been the strongest storm of the season and the most expensive, reaching maximum sustained winds of 150 mph and totaling over $14 billion in damages. Fortunately, there have yet to be any Category 5 hurricanes in this busy season, unlike many other record-breaking years.