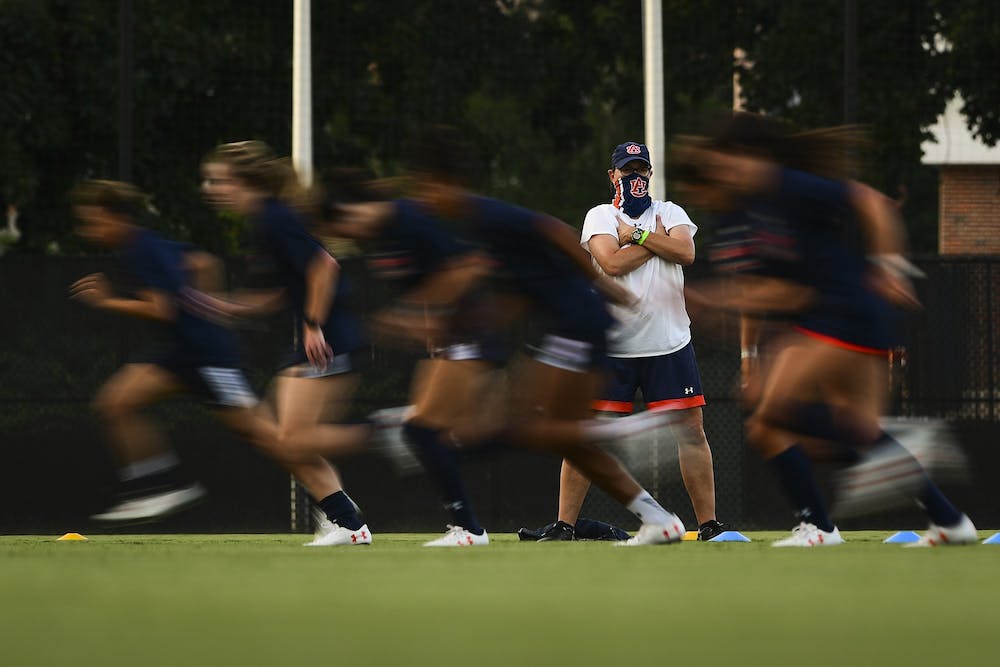 AUBURN, Ala. (EETV)- Auburn soccer will face Mississippi State Friday in its first match of the 2020 season. While soccer is usually the first sport to start the academic year, the match will also be Auburn’s first on-campus sporting event since March.

“It feels really magnified and different,” head coach Karen Hoppa said. “It’s opening week and this is my 20th season as a head coach. There’s always a similar feeling opening week. That anticipation and that excitement and all of that and I feel that, but I also feel the weight of everything extra that COVID brings.”

As of now, the team is expecting to be full strength Friday. According to SEC testing protocols, players and staff are tested three times a week with a final test the morning of game day. Hoppa praised how her team has been handling the new regulations and protocols.

“Our team has done a great job of controlling what they can control to try and mitigate any exposure,” Hoppa said.

“They’re not doing anything socially other than with the team and they’re really limiting themselves, so we really haven’t had very many people miss practice due to COVID, so that’s been good.”

As for how the team will perform this season, senior defender and captain Sarah Houchin has high hopes.

“We got a good foundation laid and then we’ve had some amazing freshmen come in and they’ve added to everything,” Houchin said.”

“In the summer we really got to mesh together when we were in small groups, so that really helped. And we’ve been able to continue to practice so that’s been great. We’ve gotten to know everyone and play together, and it’s just been really good to be back together.”

The Tigers will face the Mississippi State Bulldogs Friday at 6 p.m. at the Auburn Soccer Complex.