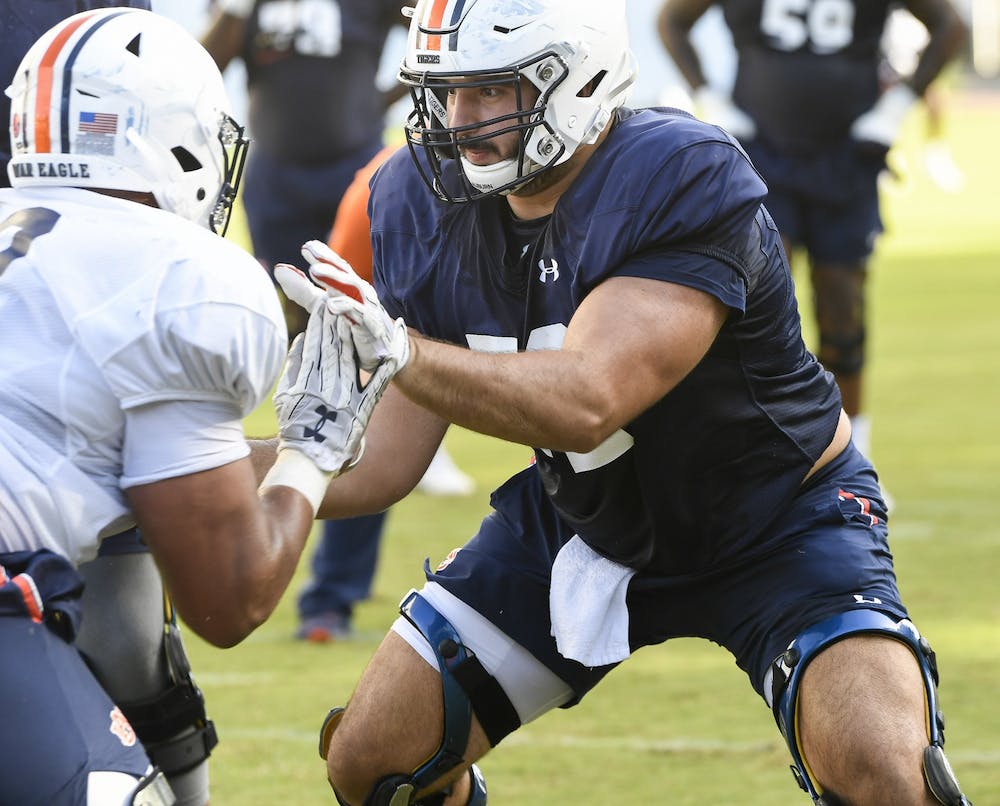 Anthony Schwartz was the first player to come up to the podium. He was asked many questions regarding Auburn’s new offense under first-year offensive coordinator Chad Morris.

Schwartz did not hesitate getting the media’s attention with his opening statement: “I think we are a completely different offense. I can’t go into detail, but just know that it’s not going to be the normal Auburn offense it’s going to be something different."

Schwartz was then asked how the wide receivers have progressed throughout fall camp. The first player he touched on was newcomer Caylin Newton, brother of Cam Newton, who transferred to Auburn in May and switched positions from quarterback to wide receiver.

“That’s a hard worker right there. He does everything the coaches tell him to do, that’s a tough man," Schwartz said.

"I saw a few practices ago, he just ran through one of the defensive backs. He just wants to get open, like he wants the ball and he looks very natural at receiver and I thought he was a receiver beforehand the way he’s been practicing so far… he’s looking very good.”

The shifty 5’11 201 pound wide out is looking to have a key impact for the Tigers this season. Be on the lookout for Newton to be featured in many trick plays as he played quarterback his entire life coming in to this year.

The next question involved quarterback Bo Nix and how he has adjusted to the new offense.

“Bo’s been looking very good and I think this offense suits him a lot," Schwarts said.

"He seems relaxed and a whole different person. He looked composed last year but this year he’s way more confident, he’s talking way more, he’s been going back and for with the defense just talking but it’s just all fun and he just looks like he’s enjoying himself right now.

Next on the stage was a man with big shoes to fill now that star DT Derrick Brown is in the NFL. That new DT is Tyrone Truesdell. Auburn has always been known for having studs on the defensive line, and Truesdell expects that and more for them this upcoming season.

With filling Brown’s defensive tackle position comes with a lot of responsibility, which Truesdell is aware of. One of his main offseason focuses was becoming the leader for the defensive line.

“…My expectation it to show the younger guys the ropes and show them the foundation that the older guys left for us," Truesdell said.

"So that the Auburn tradition for defense still goes on and lives on for years to come. And what I did to improve my game was I didn’t take a day off, I kept working no matter what adversity came.”

Auburn has high hopes for their defense once again this year, as they had debatably the best defensive line a year ago.

Truesdell was also asked if he was going to follow the trend of Auburn defensive lineman going with single digit numbers.

The last player to talk to the media was Junior center Nick Brahms from Navarre, FL. Auburn fans are intrigued to see if the offensive line has improved since last year, and Brahms has the answers they are looking for.

Early into his interview Brahms said, “We’ve got a lot of talent, I’ve always said, it’s just putting that talent on tape and making sure the coaches trust it. Right now a big guy that stands out to me is Brandon Counsil, just watching him on the practice field his demeanor and his intelligence, he is up there with the rest of us.

The Tigers will hold just their second scrimmage of fall camp on Saturday after last weekend's scrimmage was canceled due to COVID-19-related issues. Auburn is preparing to open up the 2020 season against the Kentucky Wildcats with an 11 a.m. kickoff on September 26.