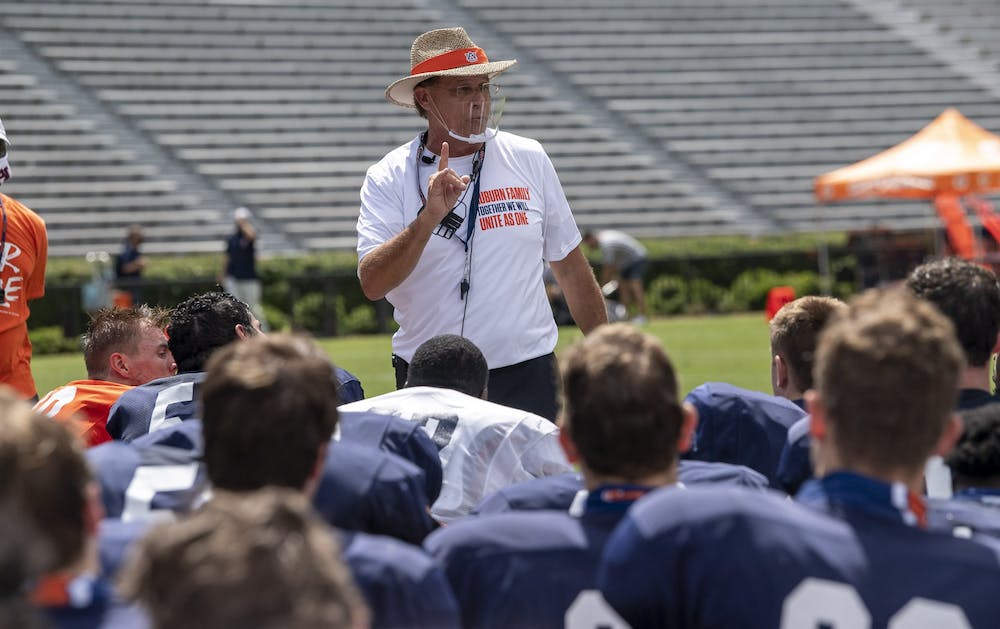 AUBURN, Ala. (EETV)- Two new positive COVID-19 cases along with 10 missing players, including five starters, are the latest woes the Tigers faced this week.

After the team's third scrimmage of fall camp, coach Gus Malzahn said the affected players did not practice either due to having the virus or because of close contact.

All of the players are expected to recover before the home opener, but with only two weeks until the Tigers face off against Kentucky, every practice counts.

"You're sitting here two weeks from kick and you've got some of your guys who aren't practicing," Malzahn said. "Obviously that's concerning."

This news comes shortly after a temporary pause to practices in week two, when nine positive tests led to 16 players being unable to practice.

The numbers led to Auburn adding an additional day of testing to its weekly schedule. During the week in between, Auburn reported zero new positive cases.

Despite this week's setbacks, Malzahn is still happy with the progression of fall camp.

"I think we've done an excellent job if you look at the last three weeks as far as the number of positives," Malzahn said.