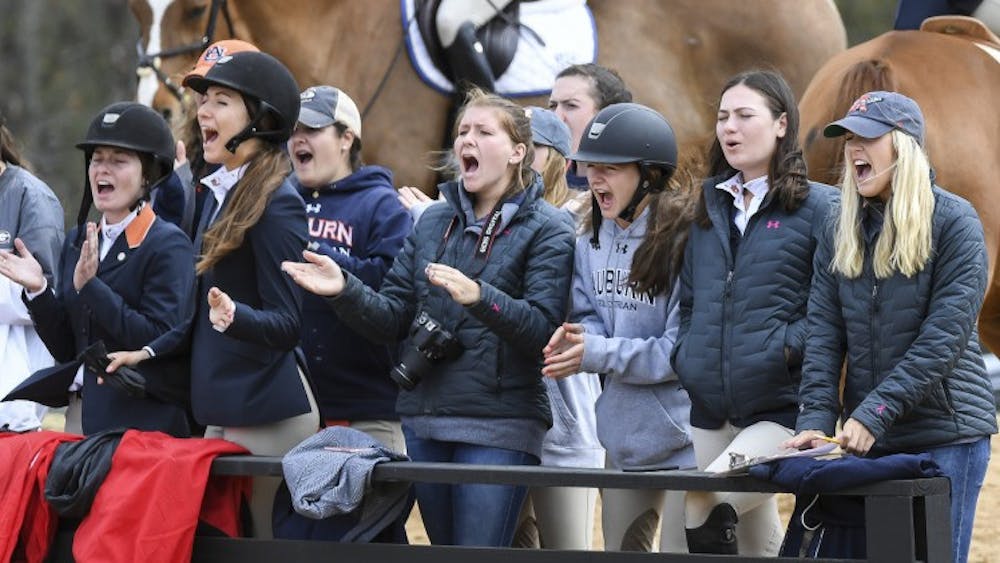 Auburn equestrian team cheers on each other.

Head Coach Greg Williams said, “While it is a very abbreviated fall schedule, we can still expect to face the usual high level of play in these three conference meets.”

Auburn’s first opponent this fall will be the South Carolina Gamecocks at One Wood Farm in Blythewood, SC, Oct. 16.

The team will travel to Georgia the following week, on Oct. 23.

The Tigers will end the season at home against Texas A&M, Oct. 30.

Information on the meet at the end of October will be announced on a later date.