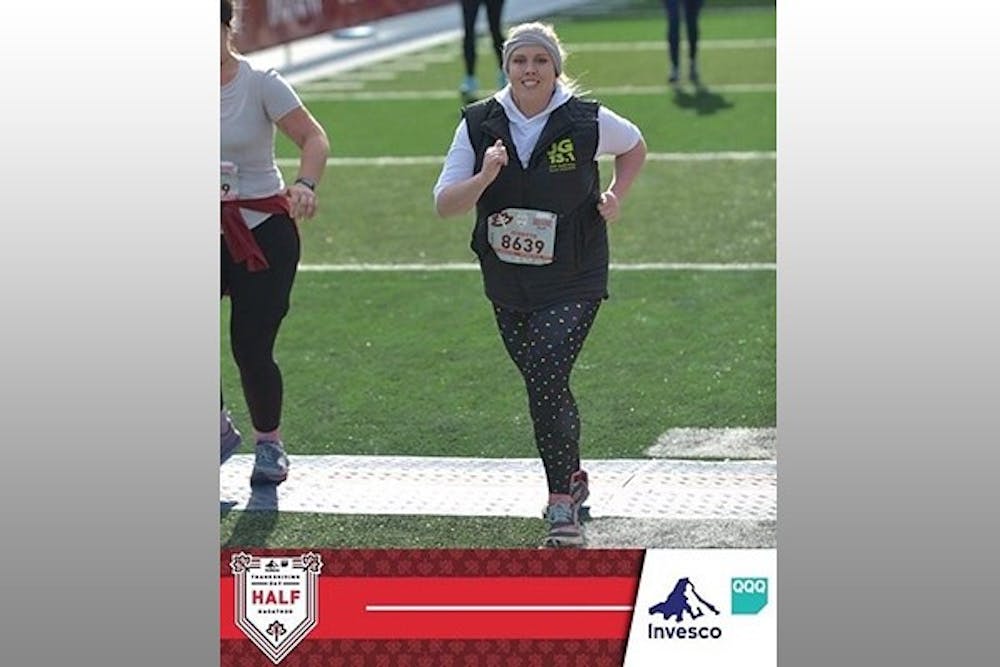 Brooklyn, NY (EETV)- Auburn University alumna Jennifer Mashburn escapes the stress of her job through running. She works as an interventional radiologic technologist for the WellStar Kennestone Hospital’s Vascular Institute in Marietta, Georgia.

“It’s definitely a stress relief,” said Mashburn. “It’s keeping my blood pressure under control and staying healthy. My patient population is usually really sick, so I’m just preventing myself from being one of my patients.”

Due to COVID-19, marathons were forced to go virtual. Like over 13,000 others, Mashburn ran in the Virtual Brooklyn Half Marathon in May put on by the New York Road Runners, or NYRR. She has competed in half a dozen NYRR events this year.

“You’re doing it on your own,” said Mashburn. “You’re training on your own, recording your own time and doing your own route, but you’re submitting your time. It gives me mile markers in my training, and the events ultimately keep me ready for the marathon. It just keeps me in running condition, and it’s really our only option for races.”

Mashburn is training for her first full marathon that she plans to complete on Halloween. She will participate in the Virtual TCS New York City Marathon in the Atlanta suburbs. She recently set a new personal distance record on a 17-mile training run.

“My main physical goal for the rest of the year is to complete my first marathon, and that’s mostly about building a trust in myself and what my body can do,” said Mashburn.

With her profession being so mentally and physically draining, Mashburn runs on the three days she has off. She usually runs five to 10 miles on those days and also competes in Atlanta Track Club events. With her busy schedule, she finds time to do yoga and strength training. She also completed 15 half marathons in 2018 alone.

“Trying to do a 10-hour shift and run is just a little much. I get my 10,000 steps in at work every day pretty easily,” said Mashburn. “This year has changed a lot with both running and how we can operate as professional societies, but we are persevering, and I think many of the changes will be beneficial in both realms.”

Mashburn has been a passionate runner for more than seven years and does not plan to stop running anytime soon.