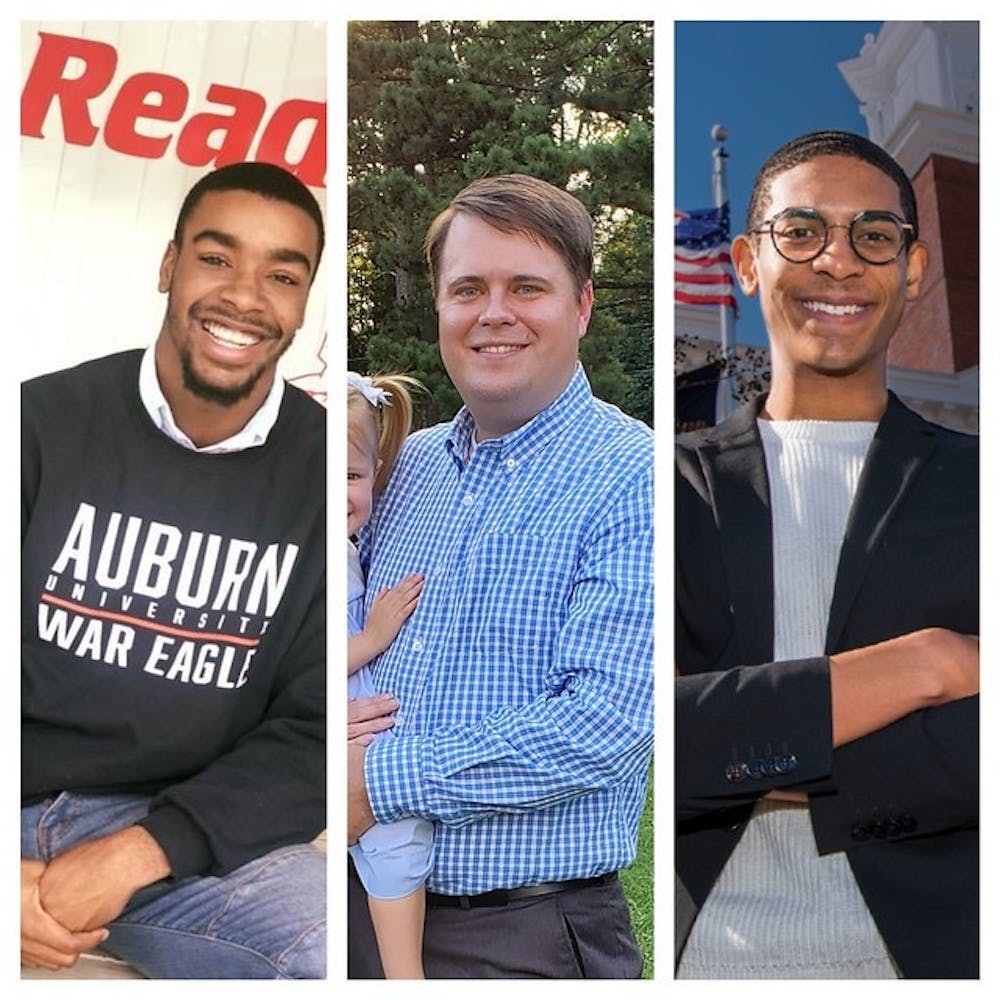 AUBURN, Ala. (EETV) - Three Auburn students are running for public office in their hometowns.

Messiah Williams-Cole, Brandon Fincher, and Jamie Lowe are three students in the College of Liberal Arts here at Auburn University and they are seen as leaders and advocates of change by their peers. These students decided to enable change in their communities by running for office.

Williams-Cole is from Camp Hill, Alabama, a town just outside of Auburn with a little less than 1,000 residents, and he is running for mayor there. He decided to run for mayor because he saw how the current mayor, Ezell Smith, ran the town and he decided it was time for change. He is a full time student at Auburn and when asked how he manages running a campaign and being a college student he responded with this, “I try to think logically and realistically when making decisions, so I literally calculated the hours in a week. There are 168 hours in a week, and I get about six hours of sleep a night, which leaves me with 126 hours left during the week. School is a full-time job, and being mayor will be as well, so that'll leave me with 46 hours left during the week to eat, exercise and socialize. It's sticking to a strict schedule that will allow me to be successful in both of these areas.”

Fincher is a doctoral student in public administration and public policy and he has decided to run for councilman for Opelika's Ward 5. He says that he ran for councilman because he wants to make his ward more aware of the city government and how they can help the city's growth.

Fincher stresses the importance of local government by saying, “The decisions made at the local level usually have a greater effect on your day-to-day life than the ones made in Washington, D.C. My candidacy is based on being a voice for everyday people in my ward and making sure their interests are being represented when decisions are made.”

Lowe is running for councilman in Opelika's Ward 1. He is a full-time student at Auburn double-majoring in political science and Asian studies, he is also the youngest mediator in the state for the Lee County family courts. Lowe has always taken a liking to public office, he interned for Judge Mike Fellows while he was in high school.

Administrators from the College of Liberal Arts have noticed how hard these students worked and admired how they want to spark change in their communities.

As they prepare for elections, the fall semester is right behind them as well.