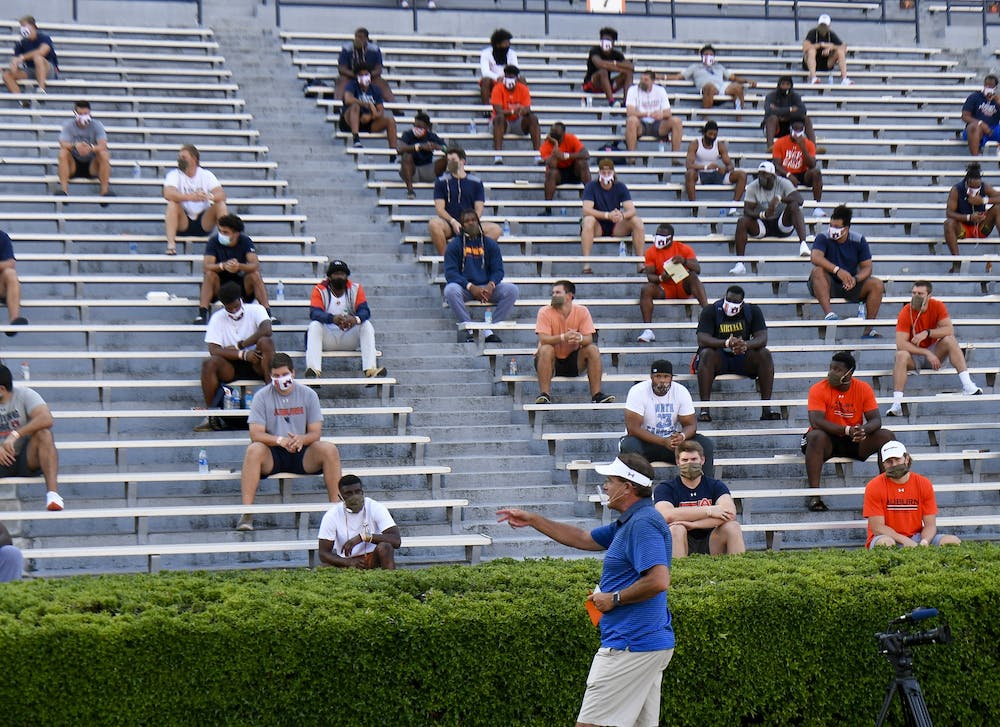 The team last practiced together Tuesday of the previous week. On Wednesday, head coach Gus Malzahn called off practice due to two position groups being largely affected by virus-related issues.

“We’re learning as we go here. Every day and every week is a different challenge," Malzahn said. "We talked about the teams that can be adaptable. This is a learning process for everyone."

I think for us we’re testing probably as much or more than anyone so it’s given us really good information. The challenge with having students back the last two weeks, obviously we hadn’t responded as well as we did before they did. We’re going to have to adjust. We’re going to have to adapt. We’re just taking it day by day and week by week. We’ll see what happens once the season gets here.”

Coaches made the decision for players to start getting tested twice a week, both on Thursday and Sunday. Instead of practicing on Friday, coaches just met with the players. Malzahn decided to call off the scrimmage Saturday in order to get ready for the next week.

When asked about goals for the following week, Malzahn replied: "to practice."

Practices are scheduled to restart this upcoming Tuesday. However, 16 players will be unable to participate.

Auburn's protocol calls for players to isolate for at least 17 days before being able to return to team events. This period includes 10 days of quarantine along with an additional seven days to ensure they are completely recovered.