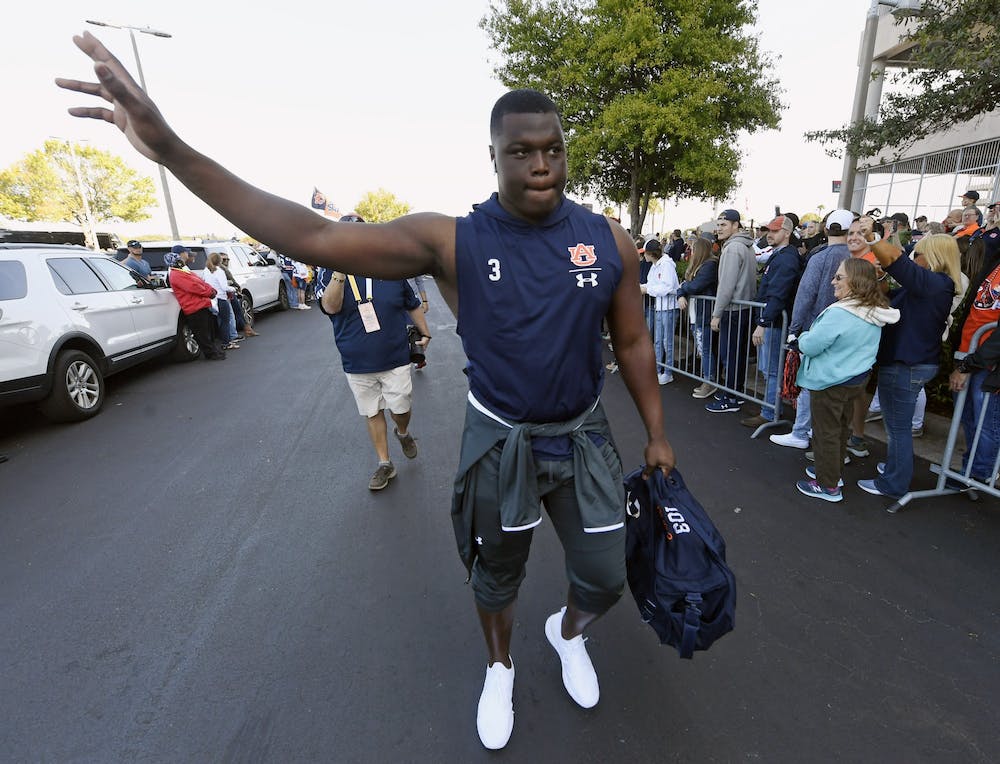 Bronxville, NY (EETV)- Marlon Davidson is the next Auburn player to be drafted as he was selected by the Atlanta Falcons with the 47th pick in the draft.

Some believed him to be a first round pick, but with the amount of defensive lineman avaliable in this draft class, Davidson fell into the second round.

2019 was a successful year as he had 30 tackles, seven sacks, and two forced fumbles. Davidson would win defensive player of the week four times last season.

Davidson was one of the best players on the field in the Senior Bowl as he got the attention of scouts. He will look to do the same for the coaching staff at the Falcons in 2020.

Auburn has now had both of their top defesive linemen selected along with cornerback Noah Igbinoghene.