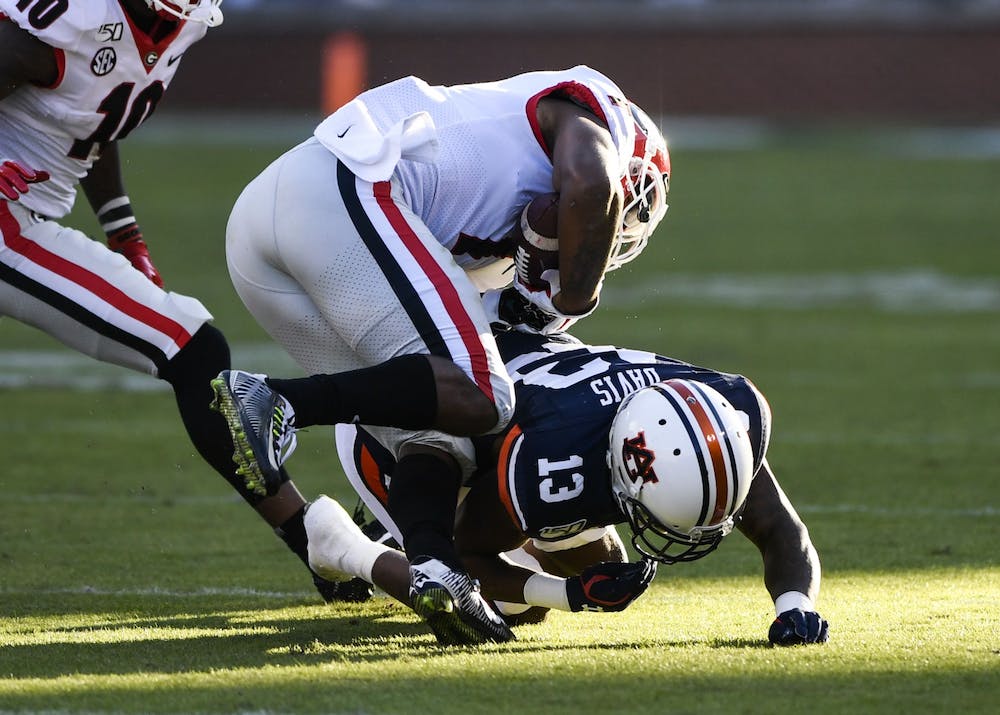 Will Hastings will be joining former teammate Jarret Stidham at the Patriots after playing with him for two seasons at Auburn. Nick Coe will join Hastings and Stidham as well as he signed a deal with the Patriots on Saturday night.

Auburn offensive lineman Marquell Harrell will be going to the Bills and Mike Horton will join teammate Derrick Brown at the Panthers.

Javaris Davis will be going to the Chiefs. Davis is the seventh Auburn player selected by an NFL team in this defensive heavy Tiger class.

Arryn Siposs signed with the Detroit Lions and will look to earn the starting job next season. Jeremiah Dinson will be joining him in Detroit as another option for their secondary.

Spencer Nigh signed with the Steelers as free agent and will be a good addition in the blocking game.

In the final day of the draft, Daniel Thomas, Jack Driscoll, and Prince “Tega” Wanagho were all selected in rounds 4-7.

Altogether Auburn had six drafted and eleven players go to to pro teams. Head Coach Gus Malzhan commented on his players saying, "The guys that got drafted are not only big-time players but big-time people with high character. They’re going to be very successful in the NFL. There’s a handful of guys that I thought had a good chance of getting drafted and I think they’re going to do real well and make some NFL teams. I’m rooting for those guys.”