Greg Brown Commits to Texas Over Auburn and Several Schools 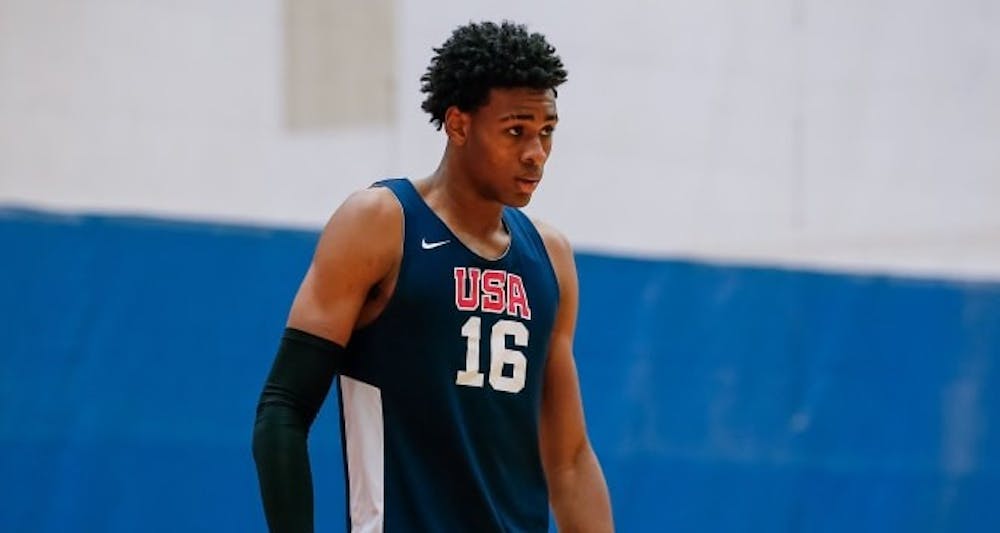 Austin, TX (EETV)- Texas landed Vandegrift High School's Greg Brown who is the top power forward in the 2020 class according to 24/7 sports. Brown is a five-star recruit and ranked ninth in the recruiting rankings.

Brown had considered going to several schools including Memphis, North Carolina, and Auburn. Brown recently recieved an offer from the G-League to skip school and try to earn his way into the NBA.

Starting all four years at Vandegrift, Brown averaged 26 points, 12 rebounds, and 3 blocks. He was a McDonald's All-American this season along with Auburn signee Sharife Cooper.

Brown was recruited by Stephen Pearl who also had been trying to get the no.1 overall commit Jalen Green who turned down college basketball for the NBA G-League.

Auburn still has a top ten recruiting class along with Arkansas, Tennesee, LSU, and Kentucky who currently has the number one class in the country.