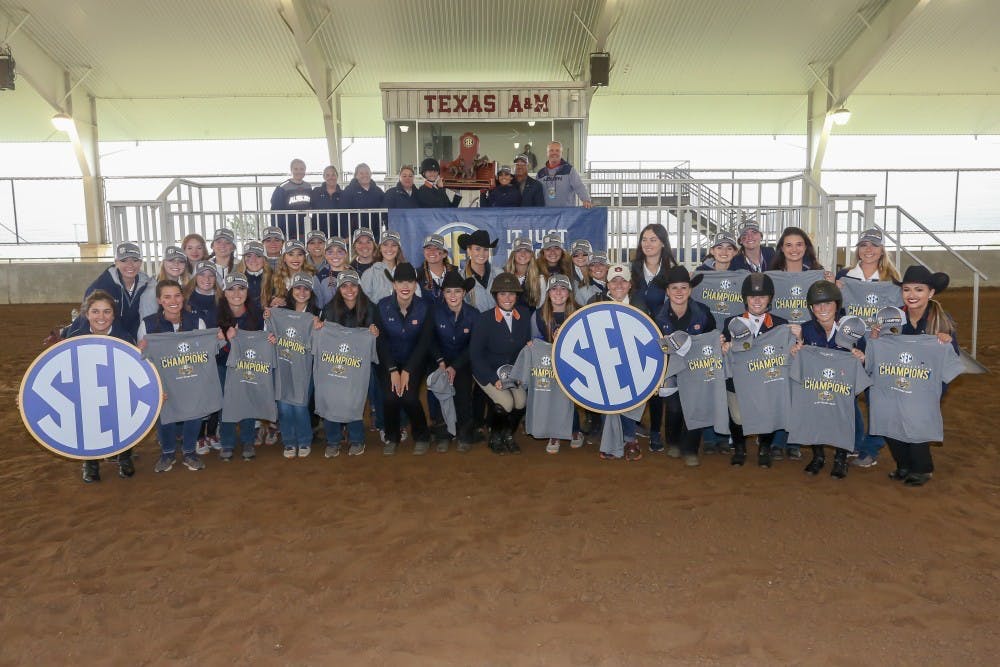 Auburn, AL (EETV)- The Southeastern Conference named Auburn the champions affter finishing the season undefeated for the second straight year in a row.

This is the third title in program history and the second in row after claiming the title last season. Before the season was brought to an end, the Tigers were 13-0 overall and 6-0 in the SEC.

The Tigers finished top of all of the NCEA's rankings with 12 of their 13 wins coming against ranked opponents in the top 10. Coach Greg Williams praised his team saying, "I didn’t know how we could have ever topped a year like last year, but this team found a way. Finishing the regular season as the No. 1 team and No. 1 in every event puts an exclamation point on the meaning of a perfect season. Being a member of the SEC is an honor alone and having the conference present such a coveted trophy to this outstanding group of young women makes me beyond proud.”

Auburn will look to defend their SEC and NCEA titles as well as their 33 match unbeaten streak in 2021.