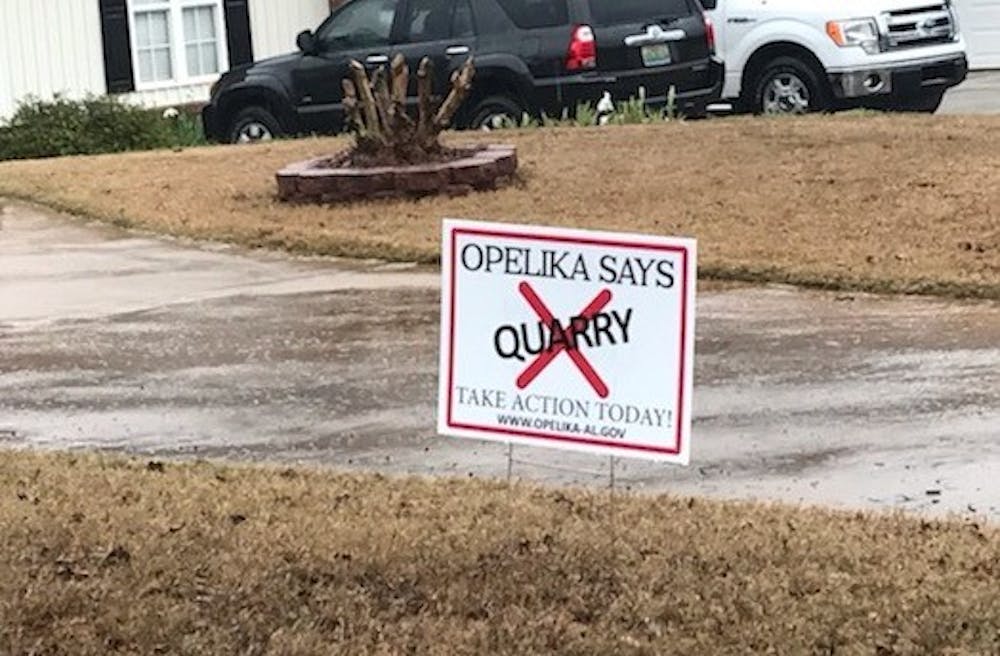 Opelika, AL (EETV)- City officials in Opelika annouced that CreekWood has withdrawn their application to the Alabama Department of Environmental Management.

Jeffery Major, a managing member of CreekWood turned in a letter saying, ""After review of the concerns presented by the community of Lee County and the city of Opelika regarding potential impacts to the Saugahatchee Creek watershed, CreekWood Resources has, at this time, elected to withdraw its current application for an Air Quality and NPDES permit with ADEM associated with its proposed granite quarry."

After two months of protest from Opelika, Auburn, and surrounding cities, the descision was made to end all talks of building a quarry in Lee County. Opelika officials were concerned about air and water quality due to the request to pump over 100,000 tons of sediment into Saugahatchee Lake.

Opelika's Mayor Gary Fuller teamed up with the local businesses and the Opelika school superintendent Dr. Mark Neighbors to fight the quarry which would have been built just north of town

Mayor Fuller released a statement saying, "I would like to express my appreciation to Jeffrey Major and CreekWood Resources for withdrawing their application. I am deeply grateful for the overwhelming support from citizens in Opelika, Auburn, Smith Station and Lee County. Without the support of all involved, we may not have had this outcome."