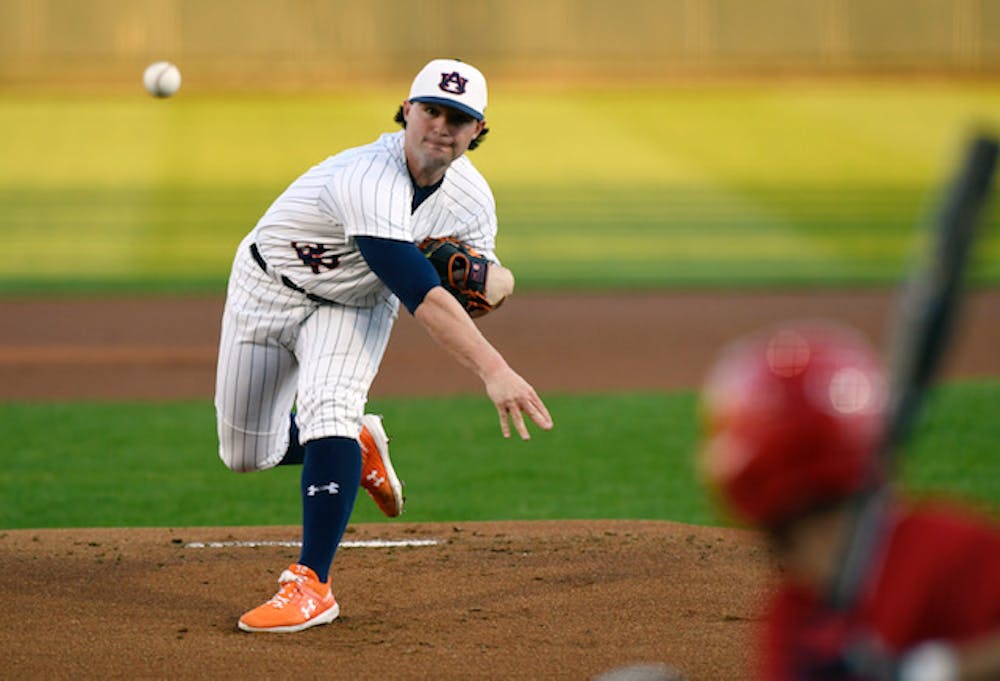 AUBURN, Ala.- The Auburn Tigers welcomed the Illinois-Chicago Flames Friday night to a four game series on opening weekend. The Tigers took game one over the Flames, 5-3, with Junior Tanner Burns on the mound.

Burns pitched five strong innings, striking out seven and giving up four hits, including a two-run homer in the top of the fourth.
Junior Cody Greenhill earned the save for Auburn, pitching the final four innings without giving up a hit and striking out six.

Senior Jacob Key earned the loss for the Flames, giving up eight hits and five earned runs over his six innings pitched. Ryan Bliss, Stephen Williams, Conor Davis, Tyler Miller and Matt Scheffler each had an RBI for the Tigers.