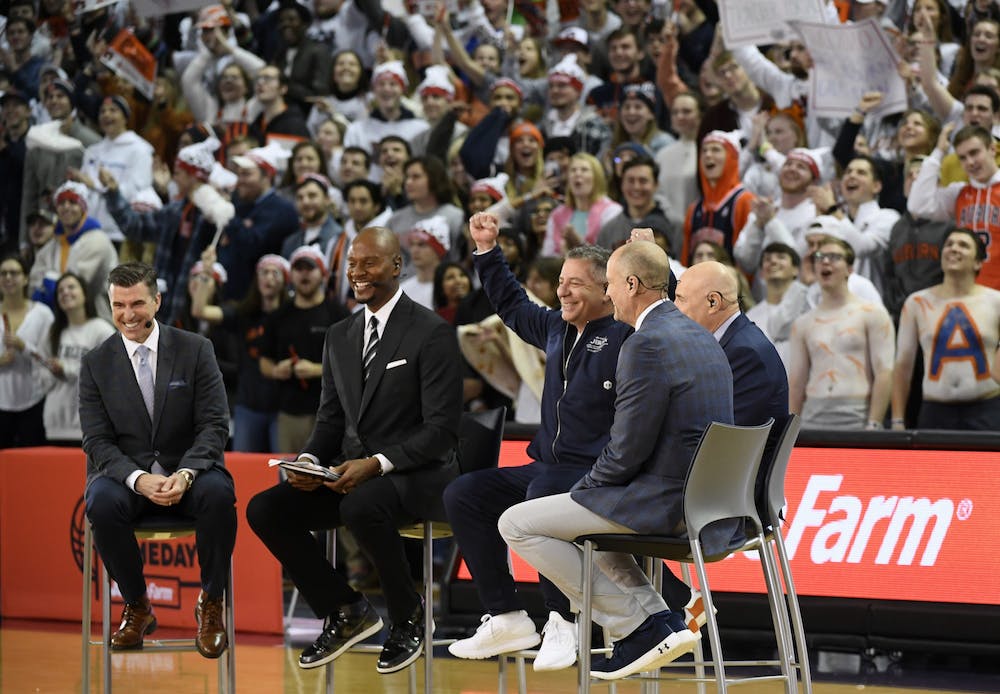 Auburn, AL(EETV)- When Bruce Pearl came to Auburn, he made a promise to ESPN's Rece Davis saying, "My goal is for College Gameday to come to Auburn." After five years of building up this program, College Gameday made it's way to Auburn as they faced Kentucky in the only ranked contest of the day.

Auburn has become a very hostile environment to play in, but there was something special about what happened on Saturday. Students showed up as early as 2am to get in line for College Gameday in hopes of getting a wristband for the game.

The line would stretch as far as the Graduate Business Bulding near the corner of Donahue and Magnolia. As soon as 8:30 hit, students and fans moved into the arena for the show.

Immediately after Gameday, the students went back outside and waited four more hours until the doors opened for the game. Auburn guard Samir Doughty applauded their dedication saying, "I think we have the best fans in the country and I think this is the hardest place to play in the country. It would not be like that without those guys. That shows how committed they are and how great of a crowd we have for them to get up that early in the morning when we were sleeping."

Gametime was one of the loudest Auburn Arena has ever been as the Jungle kept the energy going until the very end. Tiger fans got to see their team win by a final of 75-66 as Auburn remains unbeaten at home. Auburn players ran over to the students after the game was over and celebrated with them.

Saturday was Auburn's time to shine under the lights and cameras of ESPN. The fans showed why they are some of the best in the nation and the team fed off it.

“It was a great day at Auburn Arena." Pearl said, "It took Kentucky and a competitive Auburn basketball program to bring College GameDay to Auburn, Alabama and we're grateful. They probably have eight or nine weekends all year long, and to think that Auburn would be a destination for College GameDay is certainly something that we've worked really hard for. It's an accomplishment."

With the eyes of the basketball world on Auburn, the fans, coaches, and players stepped up and showed why this is one of the best places to watch basketball.

The motto of this team has always been "to make history." Saturday was another chapter in the upward progression on this program.