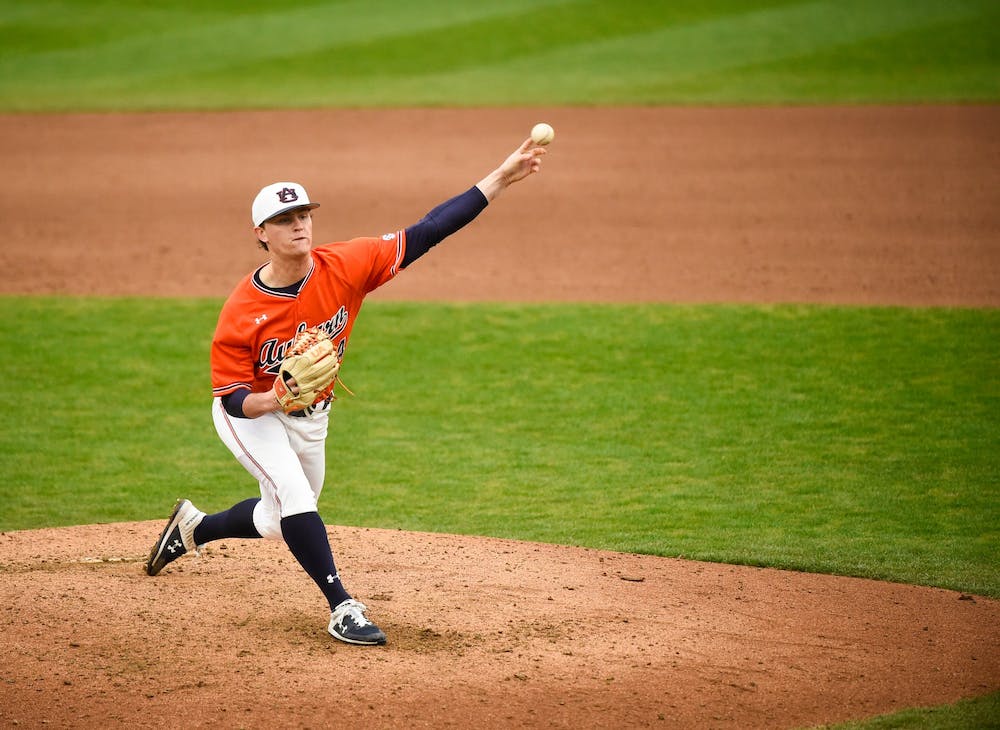 “We’re playing a lot of guys, and I think that’s important,” head coach Butch Thompson said. “We're seeing something every day that we can keep building on or excites us. It's a lot of fun right now watching Ryan Bliss and Rankin Woley do their thing. They're just seeing the ball well.”

"Coach Thompson gave me a great opportunity to play here at Auburn, and I'm just taking it all in, just working hard,” Bliss said. “I do, if I'm healthy enough, want to play every day. I just love the game of baseball, and I just want to be out there helping my team compete - compete for Auburn, the community and all the fans, and just play ball.”

Senior Matt Scheffler threw out an Oakland runner at each base and matched a career-high with three hits.

“That's when a catcher shows up, a catcher with maturity,” Thompson said. “He had a great offensive night, but again, (he) threw a guy out at all three bases tonight that helped end an inning. There's no doubt that Oakland scores more if he doesn't play catch on those three throws."

The Auburn Tigers face UCF (3-1) to Plainsman Park this weekend for a three-game series. The first game will be Friday, February 21st at 3 p.m. and can be seen on SEC Network+.