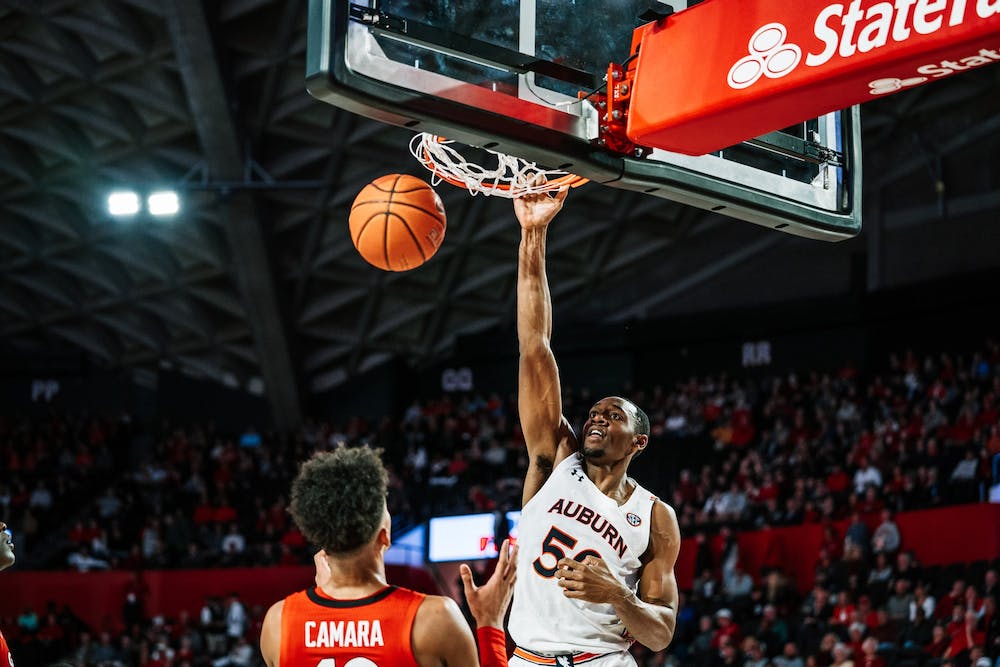 Austin Wiley throws down a dunk vs Georgia

All four of the Tigers’ losses have come on the road by double digits. Auburn is now in a three-way tie between LSU and Florida behind Kentucky in the SEC standings.

The Tigers were down only six at half, and despite J’Von MCormick’s game-high 22 points, they were unable to overcome the Bulldog lead. Samir Doughty trailed close behind with 15 points while Austin Wiley had 11. Wiley also had nine rebounds, marking him just short of yet another double-double.

Auburn once again struggled shooting outside, making only 4-26 of their shots from beyond the arc. Three of the Tiger three-pointers came from McCormick with the other from Doughty. Georgia’s defense also held the Tigers to only 31.3% from the field.

Defensively, Auburn put up a fight, keeping the Bulldogs under 37% shooting, but most of the efforts came in the second half.

Playing without injured Isaac Okoro proved a challenge once again for the Tigers. Okoro is one of the defensive leaders on the team, and without him, Auburn struggled to stop Anthony Edwards, who put up 18 points.

Prior to the game, head coach Bruce Pearl called this a “must win” game for the Tigers. Now, with only five games left until the SEC tournament, the stakes are even higher for Auburn. The Tigers will host Tennesse Saturday at Auburn Arena. Tip-off is at 11 am CT on CBS.