Auburn Escapes Fayetteville With a Win in OT 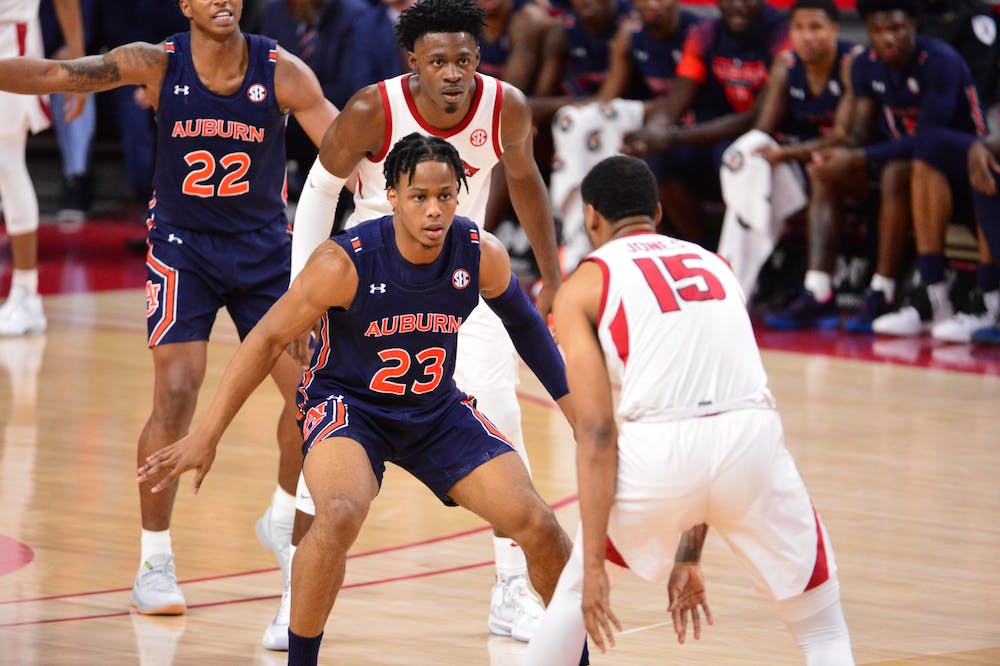 Fayetteville, AR (EETV)- Auburn overcame adversity once again on the road as they defeated the Arkansas Razorbacks 79-76 in overtime. The Tigers came back from yet another double-digit deficit away from home after doing it against the Ole Miss Rebels last Wednesday.

"We didn't quit," Auburn coach Bruce Pearl said. "I think it speaks to the effort, the energy and the character of our team to not give in, to not succumb to being down when you're on the road."

Down eleven with just under six minutes left, Auburn used a 12-1 run to take a one point lead late in the game. The Tigers would hold a four point lead in overtime which was cut to just one after Mason Jones scored a layup with a foul shot.

After two foul shots from Samir Doughty Arkansas had one last chance to tie. the game but an attempt from Jones would fail as Auburn would prevail.

Samir Doughty had another big game scoring 23 points as well as playing with a virus that had limited him in practice this week. Isaac Okoro scored 14 points and Danjel Purifoy added 10.

Arkansas's Mason Jones had his third straight game where he scored 30 plus points. Jones would drop 40 in the contest as he continues to shine for the Razorbacks.

Auburn's record now sits at 20-2 (7-2 SEC) and they will face the LSU Tigers who are the only undefeated team in conference play thus far. LSU plays Vanderbilt Wednesday night and will travel to Auburn Arena on Saturday. Tip-off for that game will be at 11am with the game to be seen on ESPN.