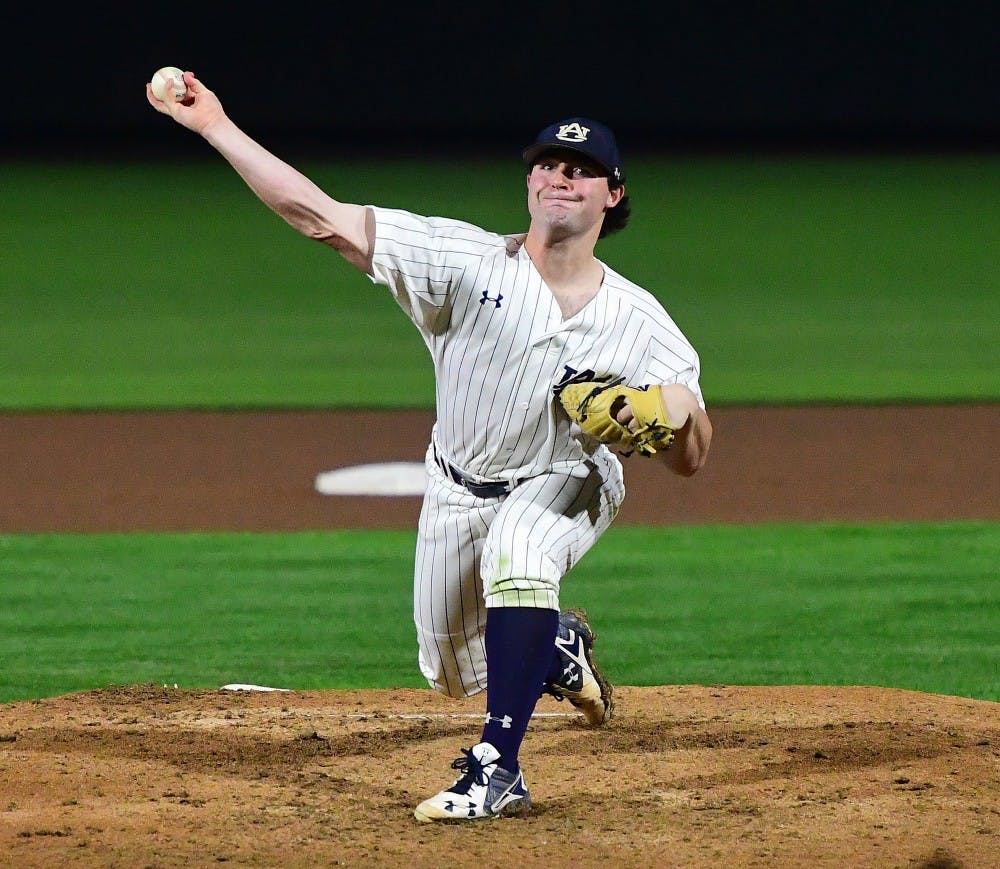 Auburn, Ala. (EETV)- Junior right-handed pitcher Tanner Burns was recognized as a Second Team All-American on Tuesday by D1 Baseball.

Burns finished his sophomore season with a 2.82 ERA and a 4-4 record. Over 79.2 innings pitched, Burns issued 23 walks and struck out 101 batters, joining No.1 overall pick Casey Mize as the only Auburn pitchers to strike out 100 or more batters since 2000.

Burns joined Mize in another category to make Auburn program history after pitching a complete game shutout with 15 strikeouts on March 1. Chris Bootcheck, Tim Hudson, John Powell and Mark Chapman are the only other Auburn pitchers with 15-strikeout games.