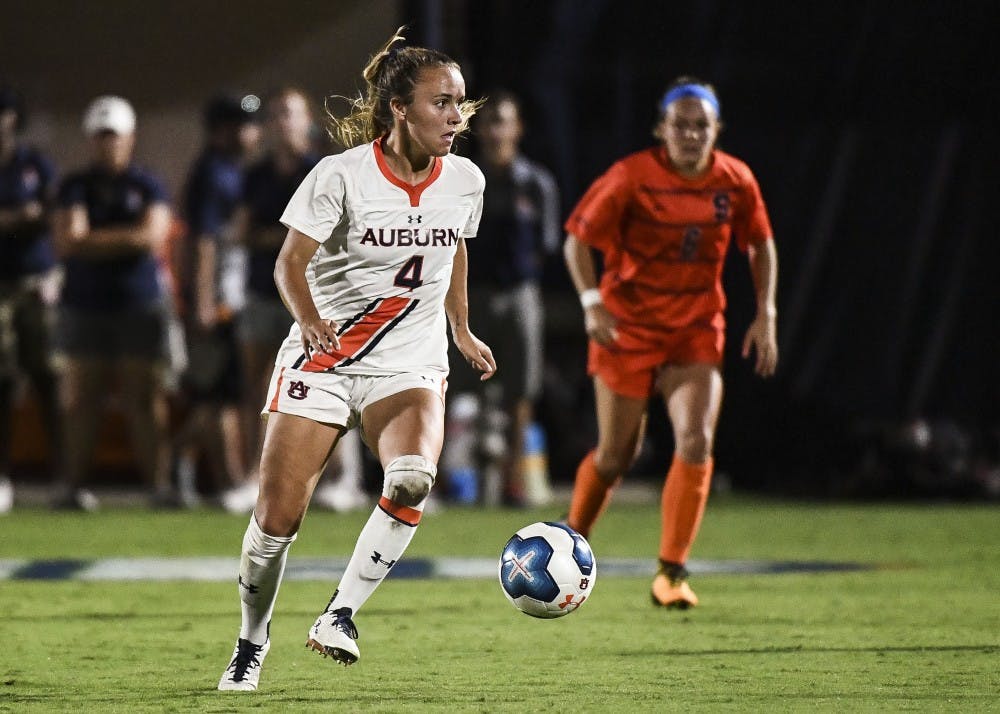 Baltimore, MD (EETV)- Former Auburn soccer star Bri Folds has been selected to the North Carolina Courage as the 36th pick in the NWSL Draft.

Folds joins the reigning NSWL champs who have current women's soccer stars from the U.S including Crystal Dunn who played a part in the 2019 World Cup triumph.

Folds was a three time All-SEC honoree and a 2018 United Soccer Coaches All-American becoming the sixth Auburn player to earn that title.

She finished her career with 24 goals, 25 assists, 73 points and nine game winning goals as she finished in the program's top 10 statistically.

The Courage's head coach Paul Riley said, "She knows how to run the game and is an intelligent player. It’s something that we needed. We needed to get another midfielder. She scores goals from that area, too, and assists. She gets points on the board.”

Folds and the Courage will begin this Spring with their new campaign. The schedule has not been annouced yet.