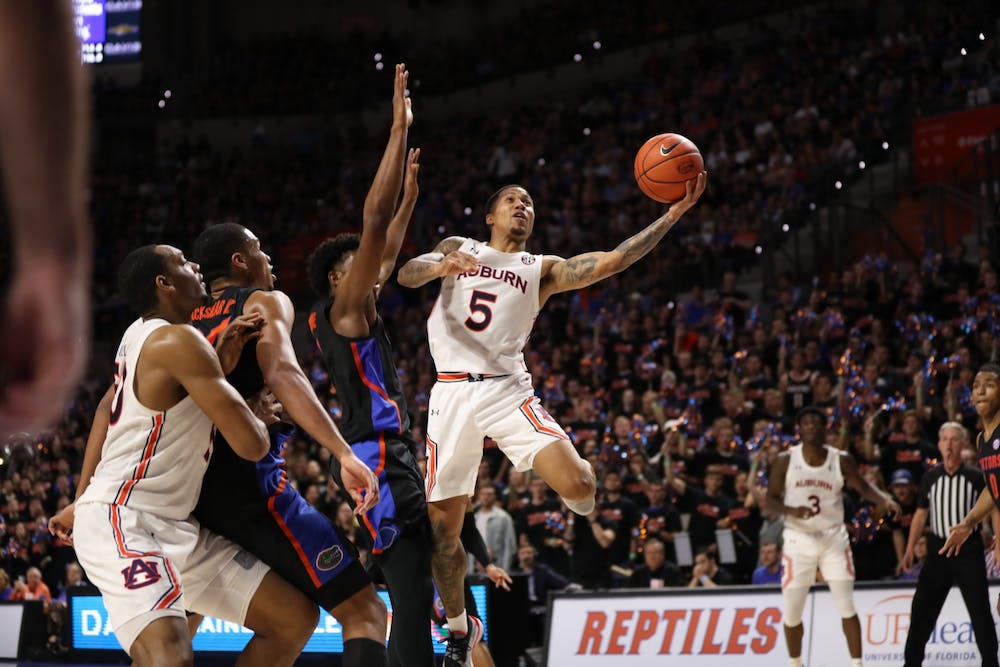 GAINESVILLE, FL (EETV) -- It was hard to point out any positives from Saturday's 69-47 loss to Florida, but if there is something to grasp on to and have hope for, it's that Auburn, and more importantly Bruce Pearl, has been in this situation before.

This was Auburn's worst loss since losing to Kentucky 80-53 in Lexington last February.

Do I need to remind everyone what happened after that loss? 13 straight wins and a trip to the Final Four.

Is this team anywhere near as good as last year’s team? No, but this team does better things than last year’s squad did, like being able to guard anyone 1 through 5.

This is on Pearl to fix, this is why he is being paid the big dollars and the reason why he has been talked about for this year’s Coach of the Year Award.

The first thing he needs to fix is guard play. Samir Doughty and Javon McCormick have had the worst games of their Auburn basketball careers in back-to-back games.

McCormick is not Jared Harper, and Doughty is not Bryce Brown and vice versa. Auburn cannot throw up three-pointers at will like last year and expect them to start magically falling just because they keep shooting.

Pearl has said multiple times throughout the year that it doesn’t matter if you take the shots, you have to make them. That’s the difference this year, this team is shooting many three-point shots but is only making 31 percent of those.

Against Florida, Auburn shot a measly 4-of-23 from behind the arc, a modest 17.4 percent.

They started the game 1-of-17 from the field, did not score their first basket until the 15:14 mark and then went on a 4:15 stretch not making a single field after their first made shot.

But they forced 12 turnovers in the first half, and that was the main reason Auburn was still only down five at halftime, 28-23.

Then the second half began.

Florida opened the break with a 10-2 run and didn’t look back as the lead kept expanding.

Auburn’s morale hit a low point in the second half after Isaac Okoro loosely turned the ball over while Doughty was screaming on the opposite side, wide open for a corner three.

Auburn would pass the ball nicely in their offensive sets, but when the plays broke down, it became a one-on-one tournament and turnovers would follow.

Florida’s Kerry Blackshear led the way for the Gators on the glass, grabbing rebounds and adding 11 points. He was a force in the paint all game long, and Florida dominated the that area of the floor with outscoring Auburn 34 to 18 in the paint.

Only one Auburn player scored double-digits, Danjel Purifoy with 10. Austin Wiley was just behind him with nine points and could bring down six rebounds in total.

Auburn has lost back-to-back games for the first time since losing to LSU on the road and Ole Miss at home last February.

Up next for the Tigers is a clash with South Carolina at home this coming Wednesday. You can watch the game on ESPNU at 6:00 p.m. CT.