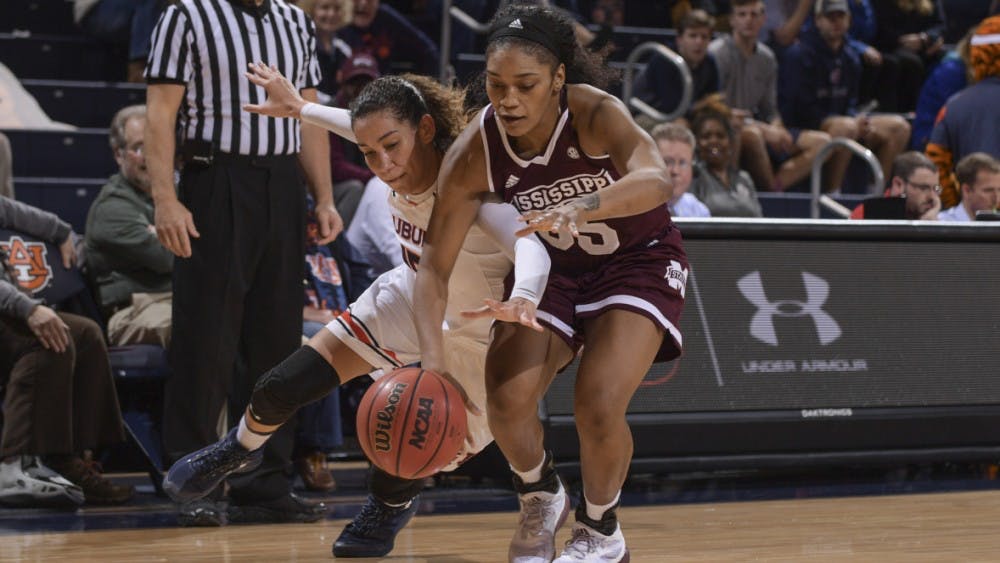 STARKVILLE, Miss. -  The Auburn Tigers fell short against No. 9 Mississippi State after having their best SEC matchup performance with a final score of 78-73.

The close point deficit came from Auburn improvingdefensively and shooting 49.1%. Two players went over the 20-point mark to help the team offensively, and for the second time Unique Thompson had 21poins and 11 rebounds. The junior earned her 18th double-double of the season.

Senior Dasia Alexander joined Thompson on leading The Tigers with 20 points and earned another career-high of four 3-pointers. Following behind the two veterans are Robyn Benton with 14 points and Sania Wells who added eight points and a career high in her home state.

Overall it was the Bulldog’s game. The top ten team shot 55.2% from the floor. Their defensive play led to Auburn into 24 turnovers. Mississippi State took advantage of this and earned 24 points off of The Tiger’s offensive slip ups.

"Once again, it was the turnovers," Auburn head coach Terri Williams-Flournoy said. "Right there where we needed to make the run, those turnovers took away our offensive possessions. But I thought we also did a very good job defensively understanding who to guard, who not to guard. (source)

The top scorer in the close matchup for Mississippi State is freshman Rickea Jackson. Jackson had a career high night with 22 points and shot 10-of-14 from the field.

The Bulldogs move to 19-3 and 7-1 in the SEC. The team played in the NCAA Tournament Elite Eight in 2019, but fell four points short against Oregon.

Auburn will be back in Auburn Arena Sunday at 2 p.m. to take on Vanderbilt for the annual Pink Game in honor of breast cancer awareness. Fans are encouraged to wear pink