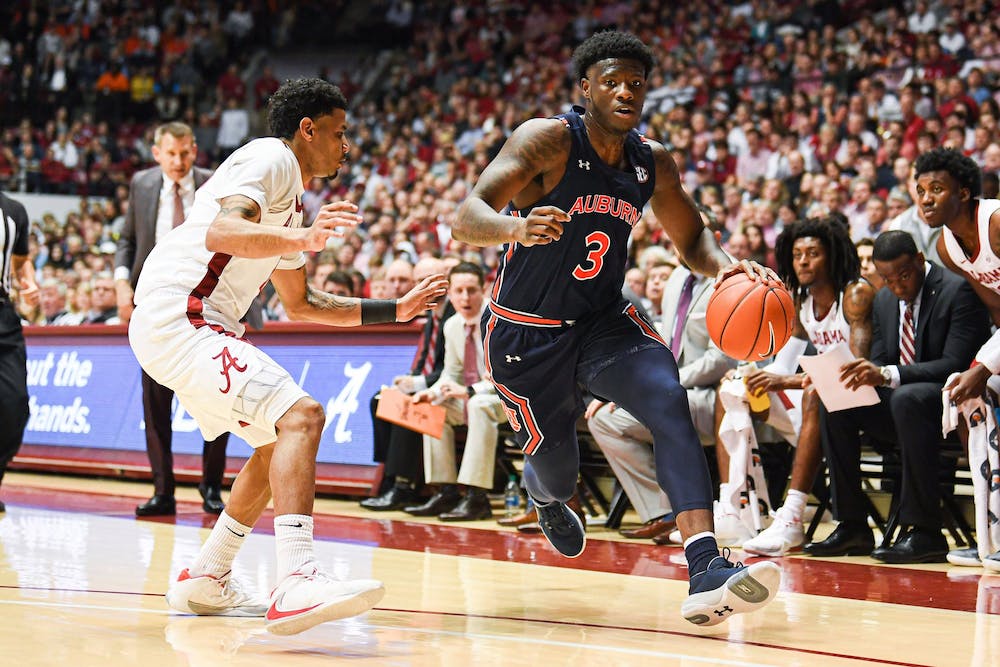 TUSCALOOSA, AL (EETV) -- For a game that included the longest non-scoring dry spell since the 1540 Central European drought, it’s impressive that Alabama hit its scoring average in their 83-64 win over the previously unbeaten Auburn Tigers.

Defense had been an issue all season for Alabama, but they brought their gloves for this game, forcing 21 turnovers against an Auburn team that gives the ball away an average of 12 times a game.

But, that wasn’t the only pressing matter for the Tigers as they have now found a new arch nemesis, the free throw line.

Auburn went 17-of-30 (56.7%) from the line, which was below their season average of an already low 65.7 percent, ranked 295th nationally. The Tigers couldn’t buy a bucket in their lowest scoring output of the season and were constantly missing open shots and tip-ins.

Auburn coach Bruce Pearl: "I think you can see why I've been saying we're a good team, but I haven't said we're a very good team yet. That's not posturing.

"To beat a team like Alabama on their home floor, you have to play very good. We didn't come close."

This is a team that gets hot quick when the shots start falling, unfortunately, two of the three leading scorers, Samir Doughty and Javon McCormick, combined for a total of 11 points and went 4-of-19 from the field.

Alabama guard Kira Lewis Jr. countered that with 25 points by himself. He was more aggressive in the second half and found himself at the line frequently, attempting nine and knocking down eight after not appearing at the free throw line once in the first half.

Auburn center Austin Wiley, senior leader: "I didn't get my guys ready to play like I should have. I didn't play well at all."

This win will bolster Alabama’s chances of making the NCAA Tournament as a bubble team if they do not win the conference championship come March.

Alabama coach Nate Oats knows that Auburn will be seeking revenge next time the two play in Auburn on Feb. 12.

Alabama coach Nate Oats: "I'm sure (Auburn) will be ready for us when we come there."