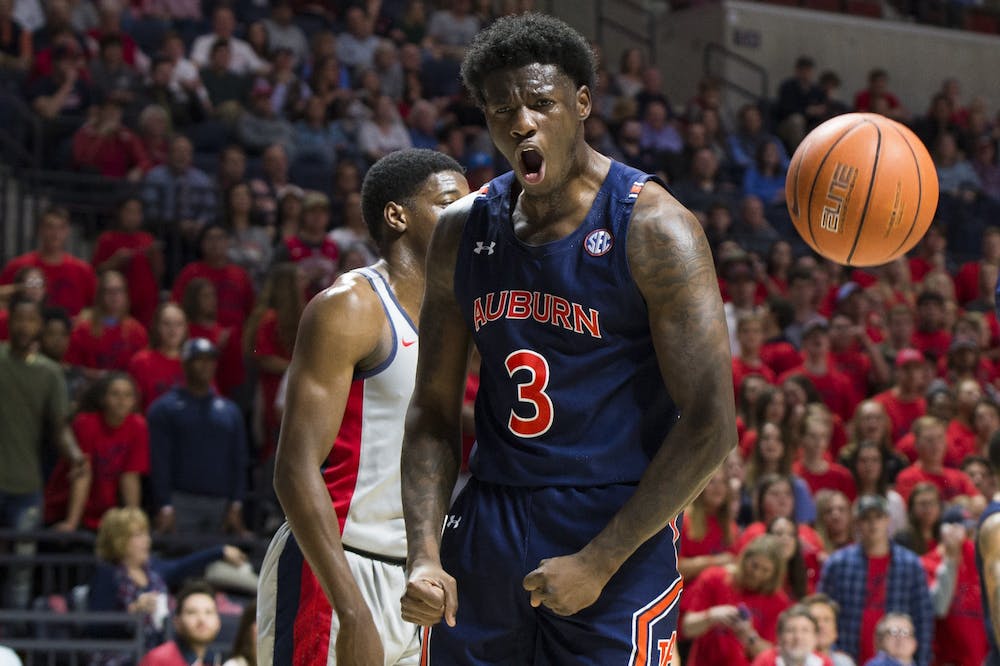 The No. 17 Tigers took down the Rebels at the Pavilion at Ole Miss Tuesday night 83-82. Motivated by two losses to Ole Miss last year, Auburn’s double overtime win was the third biggest comeback in program history, bringing their record to 18-2 (5-2 SEC).

​Starting slow offensively has not been uncommon for the Tigers this season. The team had their fewest first-half points this season, shooting only 21.4% from the floor.

​Seven turnovers in the first nine minutes did not help Auburn either. The turnovers, coupled with a 17-0 run by the Rebels put the Tigers behind big at the end of the first.

At half, Auburn was down 17 points. With 10 minutes left in the second half, the turnover ratio started to even out as Auburn began to gain on the Ole Miss lead.

Late in the second half, SEC leading scorer Breein Tyree from Ole Miss fouled out to give the Tigers another edge.

The whole second half, the Tigers took charge and continued to push back. With less than one minute left in the game, Auburn went up for the first time since being 2-0 in the first half.

At seven minutes left in the game, Anfernee McLemore was the only Tiger with double digits. His 3-point scoring helped the Tigers stay in the game. McLemore led the team in scoring, tying his career-high 19 points, but fouled out in the first overtime.

​Nine rebounds each from Austin Wiley and Okoro also helped aid Auburn’s comeback from the defensive side.

The Tigers will look to add another win to their streak this weekend against the No. 13 Kentucky Wildcats at home in the Auburn Arena. For the first time ever, Auburn will host College GameDay prior to the the top-20 matchup. Tip-off is set for 5 p.m. CT.