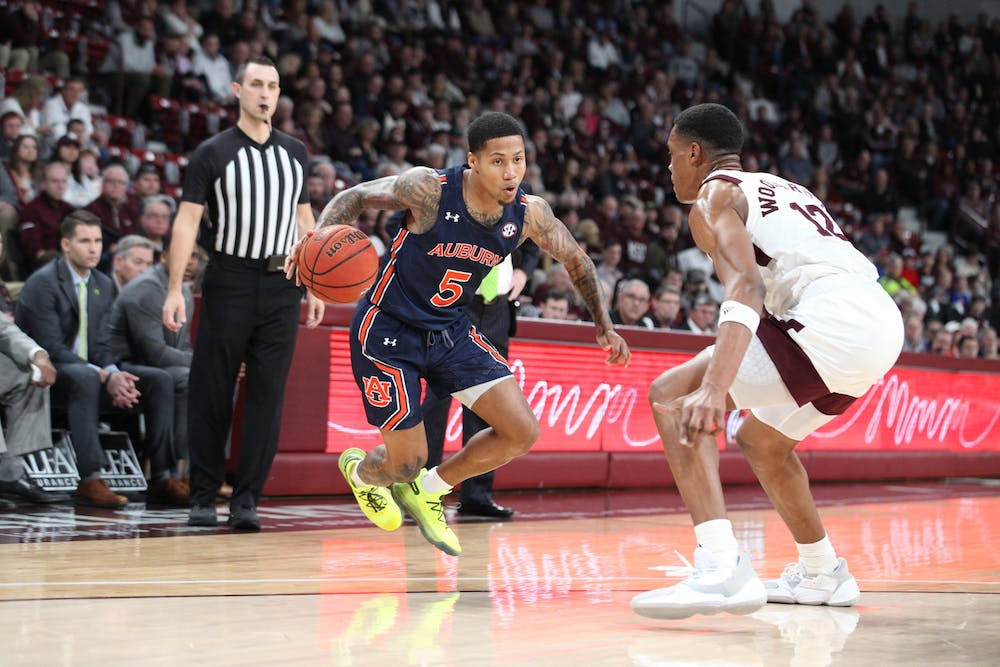 Starkville, MS (EETV)- Auburn opened the SEC season with an 80-68 victory against Mississippi St in a hostile road environment to keep their undefeated season alive.

The second half would be controlled by Auburn as they would stretch the lead out to ten points early in the quarter. Mississippi St would cut the lead back to two, but Danjel Purifoy would step up in a big way knocking down the next eight points with a putback layup and two three-point shots.

Auburn's J'von McCormick had a huge second half scoring 20 points on his way to a season high 28 points in total. All five of Auburn's starters would finish with double-digits in the game.

The Tigers remain one of two undefeated teams in the country as San Diego St has yet to drop a game this season. The Aztecs defeated Utah State to push their record to 14-0.