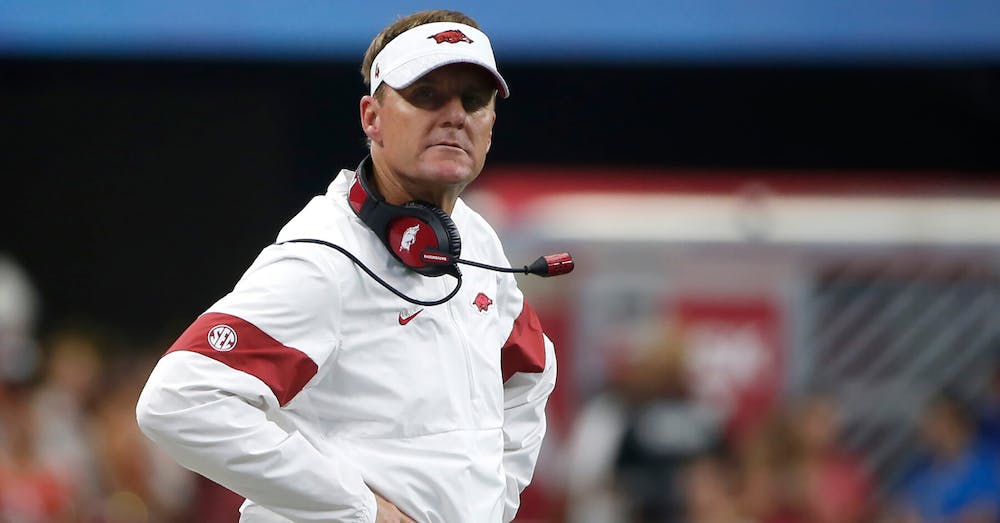 Auburn, AL(EETV)- After the departure of Offensive Coordinator Kenny Dillingham, the Tigers have added former Arkansas head coach Chad Morris, who is a longtime friend of Gus Malzhan.

Morris was let go after a 2-10 season at Arkansas in which the Razorbacks finished last in the SEC. Morris has been known for his great offensive mind which can be of use to Malzhan next season.

Morris has been in a number of roles during his career in coaching with his most notable job being the offensive coordinator for Clemson in 2010 where he would eventually help recruit Deshaun Watson to the program.

Morris has also been the head coach of SMU and most recently Arkansas where he served for only five between both schools. This will his first time as an offensive coordinator since his time at Clemson.

Coach Malzhan commented on the hire saying, "I'm super excited to have Chad Morris join our staff at Auburn. He's a tremendous offensive mind who has had success at some of the best programs in college football." Morris will also be the quarterbacks coach where he will work closely with Bo Nix who will be returning for his sophmore season.

AUBURN, Ala (EETV) - Bo Nix was named to the weekly Paul Hornung Award Honor Roll after a big win in the 2020 season opener against Kentucky.